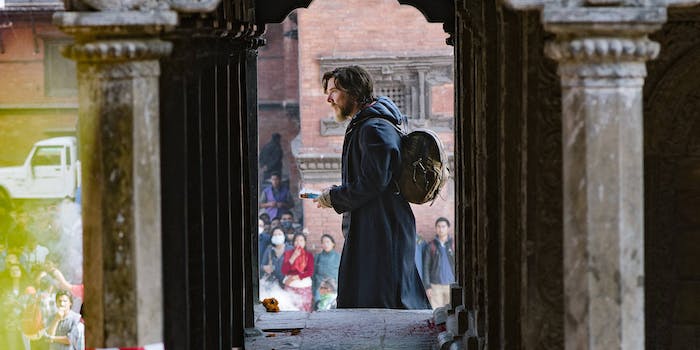 The character is an exciting spoiler from the comics!

Marvel Studios kept a lid on this for a long time, but now the secret’s out: Benedict Cumberbatch plays two characters in Doctor Strange.

His second role is a welcome surprise, a classic villain from the early days of Doctor Strange comics: Dormammu, the overlord of the Dark Dimension. 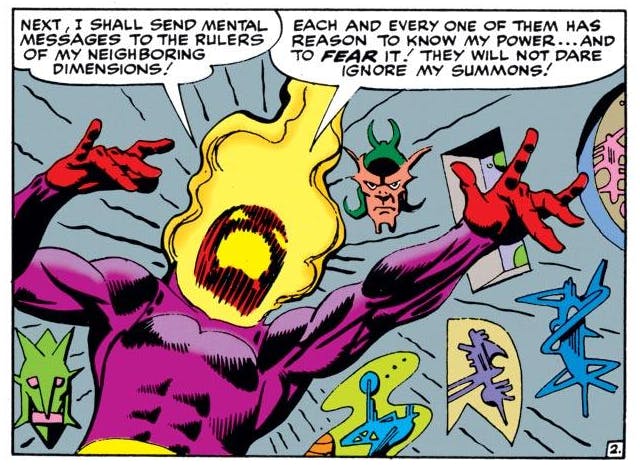 Unlike the film’s main villain, Kaecilius (Mads Mikkelsen), Dormammu is a CGI character, depicted as a giant disembodied head. In a new interview with IGN, director Scott Derrickson revealed that Cumberbatch provided the facial capture acting for Dormammu.

“We knew it was an all CG character, but as we were in production Benedict brought it up as an idea. He said, ‘What would you think about me doing it?’ I said, ‘Let me think about it, you know.'”

They decided a giant face was the way to go for Dormammu, because the character was taking a humanoid form to communicate with Strange in the psychedelic landscape of the Dark Dimension.

Derrickson added that it felt appropriate for Cumberbatch to perform part of the character—who was voiced by an as-yet-unnamed British actor—because Dormammu is “a kind of ultra-inflated version of Strange,” a magical tyrant with “an ego run amok.”

So, if Dormammu seems oddly familiar when you watch the movie, this is why.