There is now a beetle named after Chewbacca

But it’s not because of its size.

Researchers working in New Britain, Papua New Guinea, discovered a new beetle species with unusually dense scales on its head and legs. The scales reminded the researchers of Chewbacca, according to a press release, so they named the critter Trigonopterus chewbacca. 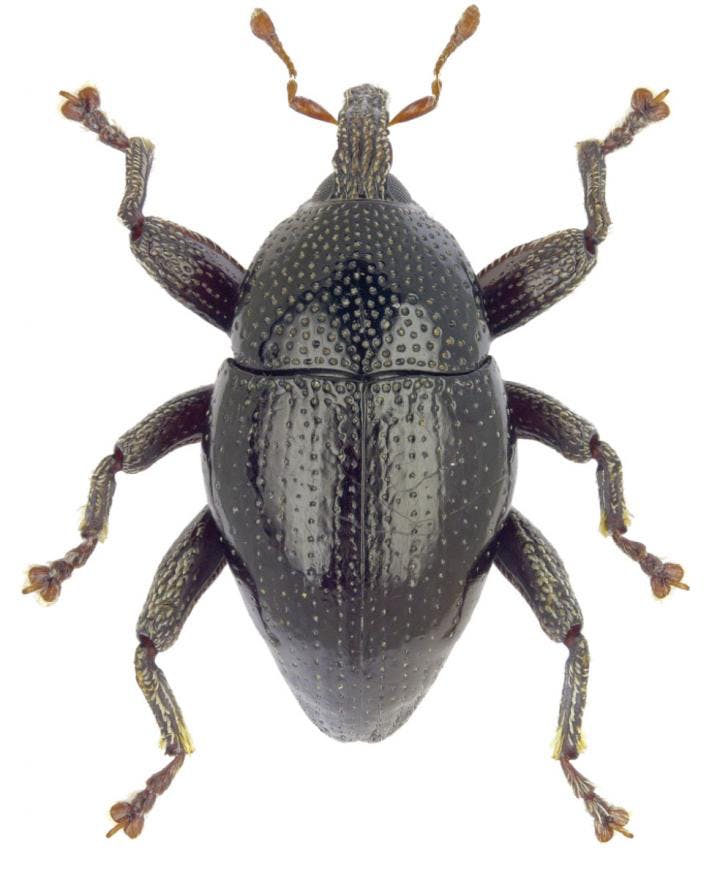 But its fuzzy face and limbs is just about the only thing the beetle shares in common with everyone’s favorite wookie. The beetle is super tiny, about a quarter of a centimeter in length. It’s also one of four new species of the Trigonopterus genus of flightless beetles that the researchers described in the open-access journal ZooKeys.

The researchers were surprised that no one had ever spotted Trigonopterus beetles in New Britain before, according to the press release, these beetles thrive best in Papua New Guinea’s climate.

The other species were given boring, non-Star Wars names: T. obsidianus, T. puncticollis, and T. silaliensis.