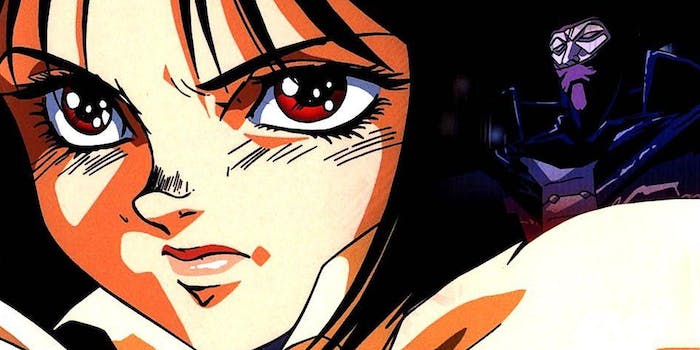 One of manga's darkest heroines may finally make it to the big screen.

If you grew up with anime in the ’90s, you’ve got fond memories of the all-too-brief OVA Battle Angel Alita as well as the manga. The tale of a female cyborg coming to grips with a dystopian future while reckoning with her past is getting a live-action remake. Finally, a release date has been announced.

Deadline reports that 20th Century Fox made an announcement for several of its films, and Battle Angel Alita is on the list. Its scheduled release date is July 20, 2018. Robert Rodriguez is still listed as director, which could be a blessing for fans—at least we know he can make a great flick.

This is the latest in a series of announcements about the project, which originally surfaced in 2009 when James Cameron bought the rights to make the film. Actress Rosa Salazar was recently cast to play the role of Alita, a cyborg brought back to life in the 26th century that’s haunted by memories of her past.

The original animation was based on the 1990 manga by Yukito Kishiro and delves more deeply into Alita’s story, including her rescue from a scrapheap by a scientist who wants to give her a life again. Fan reaction was mixed when Cameron first announced the project, but it’s been on hold for so long (Cameron prioritized Avatar) that many thought it was simply a figment of the director’s imagination.

Here’s hoping that the darkness of ’90s anime makes a comeback thanks to Alita, because we could really go for a Vampire Hunter D live-action adaption.