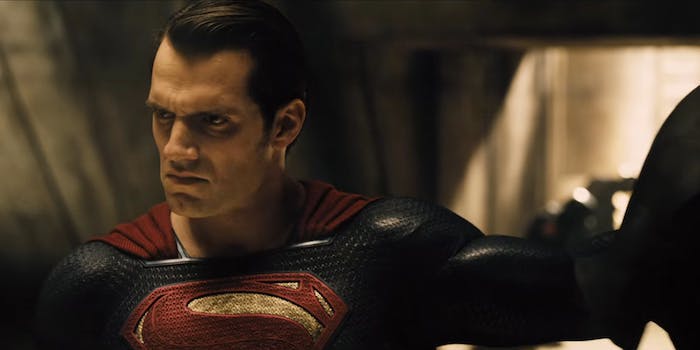 Regardless of whether you liked the movie, there's plenty to pick apart in its ending.

When the dust settled and the credits rolled on Batman v Superman: Dawn of Justice, fans were left with a lot to digest.

Much of the conversation since the film’s release has focused on the meaningless “critics versus audience” debate (even though many critics are fans), with the disconnect between its terrible reviews and box-office success becoming more and more apparent. But love it or hate it, Zack Snyder’s latest film is part of the DC Expanded Universe (DCEU) now, and we’re only going to have more questions going forward—especially with Justice League Part 1 coming out in 2017.

Superman is almost certainly coming back

While Batman v Superman took some of its cues from the most famous Batman–Superman fight in Frank Miller’s The Dark Knight Returns, its ending came from an unlikely source.

Doomsday first made a cameo appearance in Superman: Man of Steel #17, but he really made his mark in the The Death of Superman, which was published in 1992. There, he beats the Justice League to a pulp, destroys everything he encounters, and becomes obsessed with Superman. With Metropolis on the line, Superman fights back with everything he has, and Superman and Doomsday end up killing each other with fatal blows to the head.

For many longtime fans of the comics, Superman’s death in Snyder’s film wasn’t so much a surprise as it was a given, considering those two characters’ infamous first meeting.

Of course, Superman probably isn’t dead. We don’t need to start a #ClarkKentLives hashtag or spy on the set of Justice League Part 1, because some clues about his survival were hidden in the movie itself.

The last 10 to 15 minutes of the film focus on the people mourning the deaths of Superman and Clark Kent (who “died” during Doomsday’s attack), while Bruce Wayne plants the seeds of the Justice League movie through his conversations with Diana Prince and Lex Luthor.

At the very end of the movie, the camera focuses in on Clark’s coffin as Lois throws dirt into his grave, and the scene reveals two key signs that the Man of Steel isn’t done quite yet.

First, the dirt that Lois tosses in begins to levitate, which could be a callback to Superman’s first flight in Man of Steel. Second, you can hear a faint heartbeat.

Henry Cavill also recently spoke about how he’s looking forward to “interacting with Aquaman, especially” during the NYC Batman v Superman premiere, though admittedly that was before it was revealed that Superman died in Batman v Superman.

If nothing else, we can take the cynical approach: there’s no way that Warner Bros. will kill off one of its biggest stars and miss out on all those merchandising opportunities.

Will Superman’s return be less super than expected?

We’ve established that Superman is probably coming back, but his return might be even grimmer than we’re expecting.

Some people believe that Batman’s final scene with Lex Luthor indicated that Darkseid—the ruler of Apokolips and a major DC Comics villain comparable for moviegoers to Marvel’s Thanos—will return for the eventual Justice League film. And a newly released video indicates that Lex has met a holographic projection of Steppenwolf and Mother Boxes, the latter of which were used to create Cyborg.

“But the bell has already been rung…and they’ve heard it,” Lex tells Batman, sounding like he knows more than he’s letting on. “But in the dark, among the stars. Ding dong, the god is dead. He’s hungry, he’s found us, he’s coming.”

So yes, it seems like Darkseid is coming. But some believe that he might be able to control a still-healing Superman, bending him to his will and perhaps forcing him to spend part of Justice League fighting his eventual allies.

This idea has appeared before, in an animated form.

If what we saw in Batman v Superman is any indicator, Darkseid might succeed.

Batman’s semi-recurring visions and dreams were one of the more polarizing aspects of the film, but they may also provide insight into future films.

About halfway through the movie, Bruce falls asleep while he’s waiting for Lex’s operating system to decrypt, and he has a vivid dream in which he’s forced to fight men and Parademons, powerful winged creatures that obey Darkseid. The Omega symbol, Darkseid’s signature mark, is also featured. Batman is eventually caught and held prisoner by Superman, who scares him and takes off his mask.

Once Bruce wakes up (or so we think), he’s visited by the Flash—though he doesn’t yet know it—and is given a warning.

At first, we might think that Barry’s talking about Superman. But in the context of Darkseid’s possible destruction, he might mean something bigger. That grim reality where men blindly follow Superman’s command under Darkseid might not be just a nightmare. It might be the future.

And if that’s the case, there are a few heroes we might really need to call—as well as a Pulitzer Prize–winning reporter.