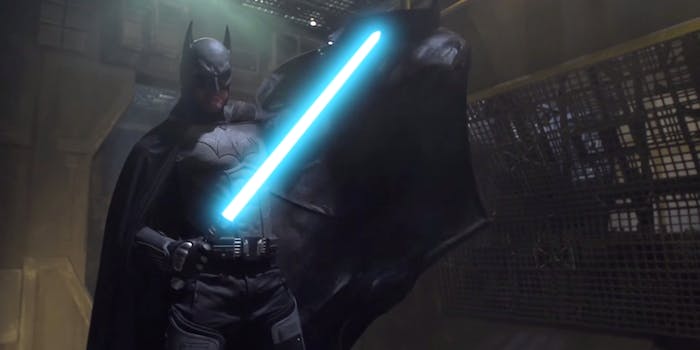 Can Batman finally defeat Darth Vader in this caped-crusader rematch?

It's a battle for the ages—again.

Batman and Darth Vader duked it out a few months ago, but that fight could’ve gone a lot differently.

Bat in the Sun’s Aaron Schoenke produced the first fight for Machinima’s Super Power Beat Down series back in November, where the Dark Knight and Sith Lord faced off in spectacular fashion while the former snuck onto the Death Star to save Superman. That outcome, determined by fan vote, satisfied many, but plenty of naysayers thought otherwise.

This alternate version of the fight is for them—or perhaps what happens when Superman flies quickly enough to reverse time itself to the beginning of this fight. Or maybe one of the caped crusaders just wanted a rematch.

The Force may a power of nature, but don’t underestimate technology or help from friends.