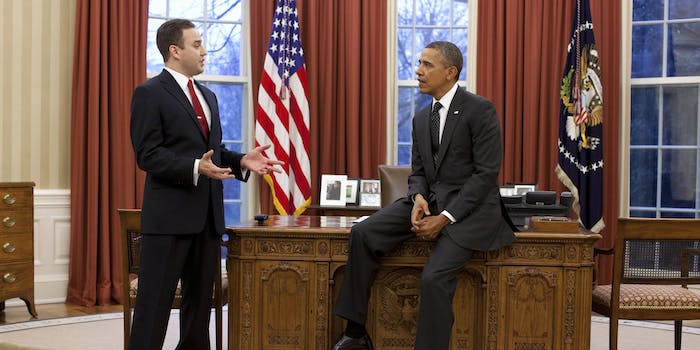 President Obama wants to send humans to Mars by the 2030s

As Pres. Barack Obama reflects on his presidency and the legacy he’ll leave, he’s also looking to the future—one where space travel to other planets is possible.

In an op-ed published on CNN on Tuesday, Obama set a goal for the U.S. to “send humans to Mars by the 2030s and returning them safely to Earth.” He called for reinvigorating the space program to explore the universe and mentioned the leaps and bounds he’s seen NASA take in the past eight years. It got a rover on Mars and discovered water, mapped Pluto, discovered new planets, and using asteroids to learn how to protect Earth.

The progress is due in part to opening space exploration to private and commercial partners, according to Obama, and they’ll be vital to achieving NASA’s goals to go to Mars and be able to sustain human life on the planet. In the next two years, companies will be able to send their own astronauts to the International Space Station.

“Someday, I hope to hoist my own grandchildren onto my shoulders,” Obama, who’s had a fascination with space since he was a child, wrote. “We’ll still look to the stars in wonder, as humans have since the beginning of time. But instead of eagerly awaiting the return of our intrepid explorers, we’ll know that because of the choices we make now, they’ve gone to space not just to visit, but to stay—and in doing so, to make our lives better here on Earth.”

You can read President Obama’s op-ed in its entirety on CNN.