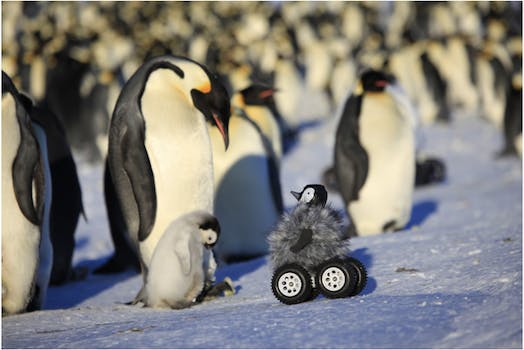 The Emperor penguins accepted it as one of their own.

Wild animals get seriously nervous when people get close. This is a problem for researchers, who need to observe the fascinating beasties. So we’ve called in the robots to help.

Drones sample whale sneezes and now baby penguin robots to get close to the coolest black and white birds living in Antarctica.

A little rover decked out with fluffiness, tiny wings, and a cute head to mimic an emperor penguin chick was able to slip behind the colony’s lines and get close to the birds without causing them stress. Actually, the emperor penguins accepted the robo-Pingu as one of their own. They let the rover huddled up in a baby penguin crèche—a formation that keeps the chicks warm and safer from predators while the adults watch. Beware, this is probably the cutest picture from a scientific methods paper ever: 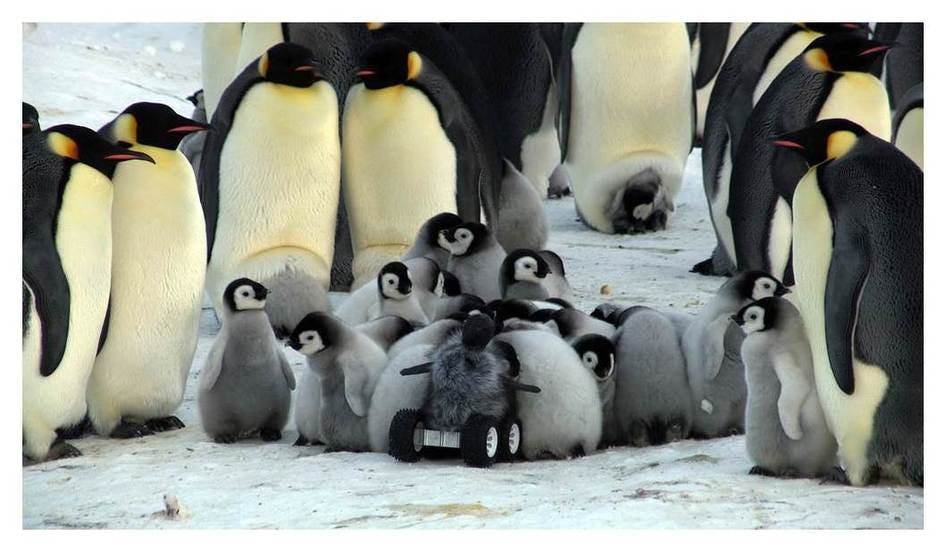 Researchers already use RFID technology, involving the same kind of microchip you can get for your pet, to keep track of individuals as they make observations about behavior, health, and overall appearance. But in order for those tags to be useful, they have to be read, which means getting as close as 60 centimeters to pick up the signal. Humans with readers in hand really stress out penguins.

“[All] the birds facing the human will retreat very slowly with a high heart rate,”  Yvon Le Maho, a biologist at the University of Strasbourg in France, told Kate Baggaley for Science News. But remote-controlled rovers are a different story. Le Maho and his colleagues tested out this idea in both king penguins and emperor penguins and reported their findings in the journal Nature Methods. Even when the rover wasn’t disguised as a chick, the penguins were less stressed, reports Henry Nicholls in The Guardian:

When approached by a human, for instance, a penguin’s heart rate increased by an average of 35 beats per minute. When the rover came at it, its heart rate also increased, but only by around 24 beats per minute. In addition, a human caused the target penguin to move much more (average of 43 cm) than the rover (just 8cm). With the robot, the penguins were also much quicker to return to their original physiological state.

The researchers kindly provided a video where the rover moves among king penguins (which are apparently pretty territorial):

Emperor penguins are less angry about the intrusion, but still wary. So the researchers gave their rover the cutest costume and it worked. “Chicks and adults were even heard vocalizing at the camouflaged rover,” the researchers write. They conclude that disguised rovers might be a great idea in other wildlife studies.

Bring on the hordes of adorable baby animal robots, please.