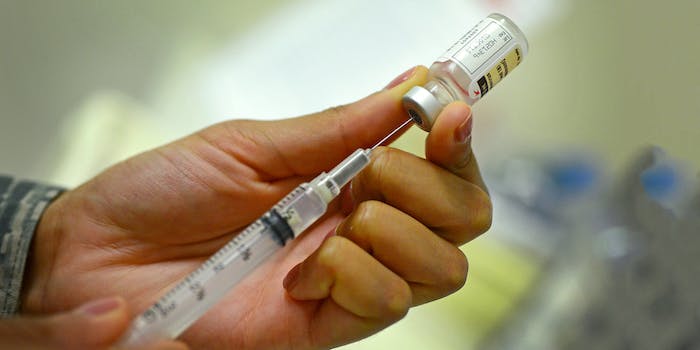 Viewers at ‘Avengers: Endgame’ screening may have been subjected to the measles

Anyone who stepped inside the theater could be at risk.

A California woman with the measles may have exposed others to the disease while attending a midnight showing of Avengers: Endgame.

Officials in Orange County say the woman, who contracted the disease while visiting a foreign country experiencing an outbreak, was present for the film’s opening night at a theater in Fullerton. The first individual to have the contagious disease in the county this year, the woman is said to live in the nearby city of Placentia. Officials did not reveal whether the patient had been vaccinated against the measles. Prior to attending the movie, the woman also spent several days at work before realizing she was ill.

The Orange County Health Care agency is now warning people throughout the area that they could have been exposed, especially those who were present at the AMC Theater on Lemon Street on April 25 between 11pm and 4am. Other locations at risk, according to Mercury News, include the St. Jude Emergency Department and 5 Hutton Centre Drive in Santa Ana.

The incident in Fullerton is part of a measles outbreak that has resulted in more than 700 cases across the country this year. Most of the cases involve individuals who contracted the disease while overseas. As noted by Mercury News, California has been hit particularly hard by the measles.

“As of April 24, the most recent report by the CDC, 38 confirmed measles cases, including 28 outbreak-associated cases, have been reported in the Golden State,” Mercury News notes. “And of the nine jurisdictions currently experiencing outbreaks in the United States, three of them are in California—and the disease has turned up in 11 counties so far.”

Health officials are urging people to vaccinate if they have not done so already. “Measles is a highly contagious and potentially severe disease that causes fever, rash, cough, and red, watery eyes,” said Orange County interim health officer Dr. Nichole Quick. “The MMR vaccine is a simple, inexpensive and very effective measure to prevent the spread of this serious virus.”