Lovingly described and photographed on her blog, The Starving Chef, Berger’s recipes combine fun details from the Avatar universe with real-world ingredients. With four recipes posted so far, you can make yourself a cute and authentic Avatar meal: Water Tribe tentacle soup followed by cabbage steak and “Fire Nation turkey leg,” with Air Nomad fruit pies for dessert. 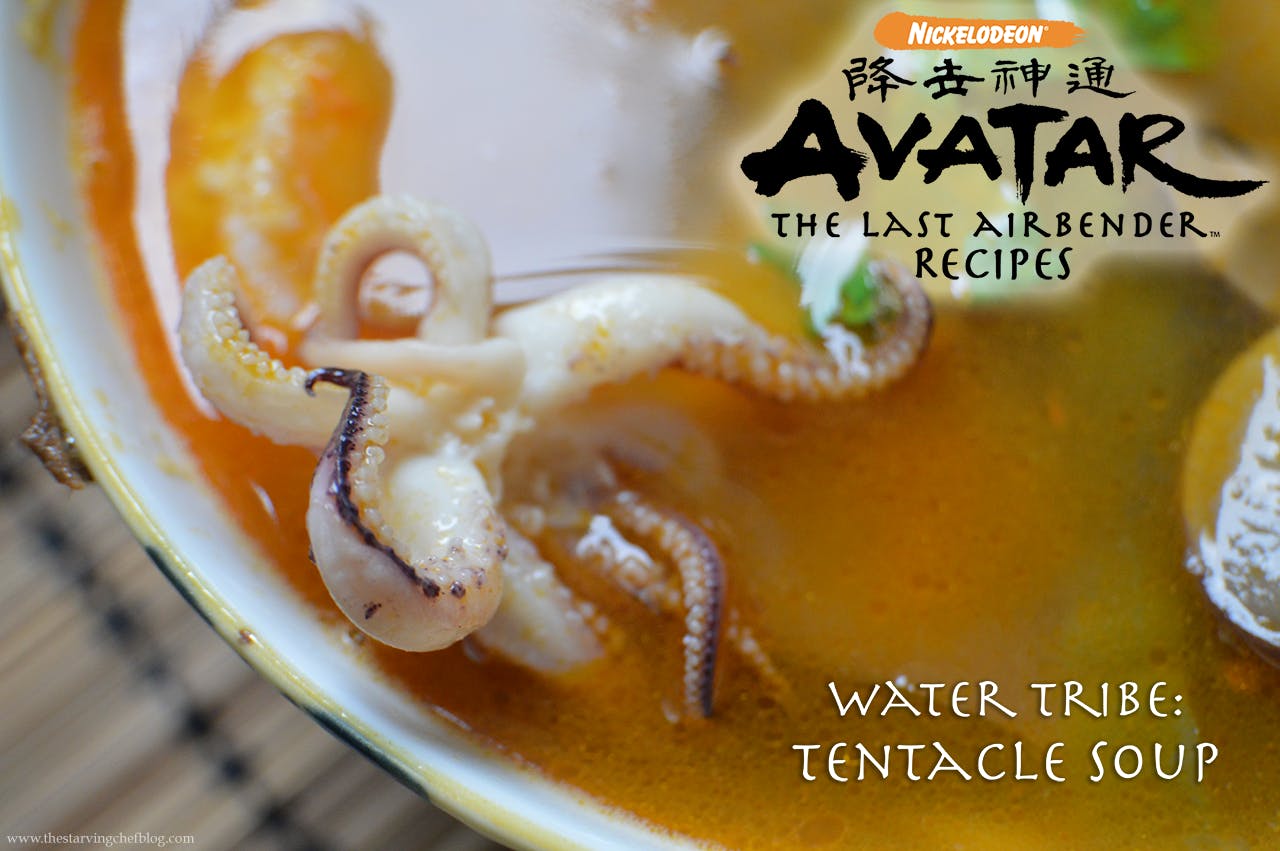 Cuisine is an important part of Avatar’s worldbuilding, so the show is full of interesting ideas for real recipes. The main characters are growing kids who are constantly hungry, and Sokka makes the most of Team Avatar’s round-the-world trip by sampling every type of food on offer.

“I drew a lot of inspiration from what the show draws inspiration from,” Berger told the Daily Dot via email. “Which would be Asian cultures, including Thai (with the turkey leg), meshing with other cultures such as Inuit or Eskimo (with the tentacle soup).”

The world of Avatar is full of imaginary animals like turtleducks and flying bison, so Berger had to improvise a five-armed pentapus out of squid for her Water Tribe tentacle soup recipe. 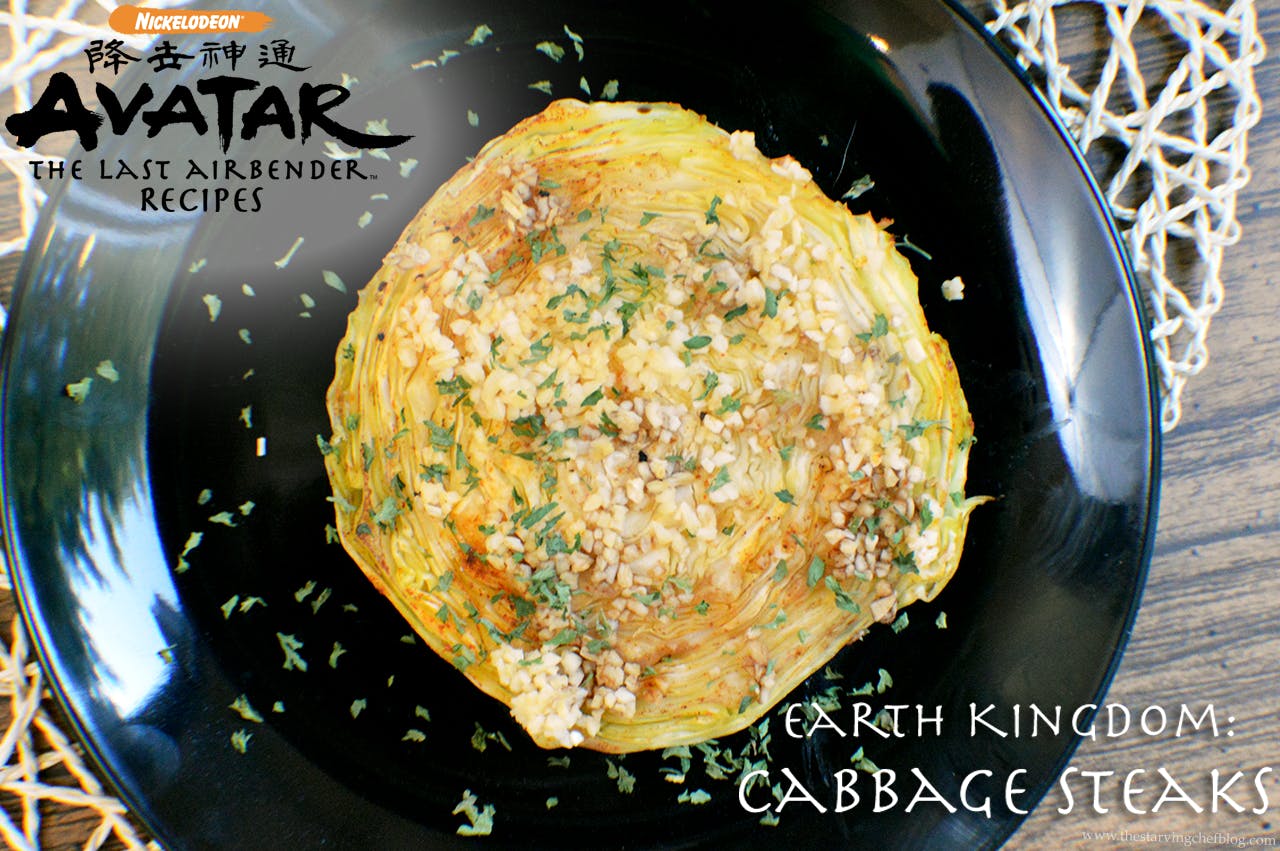 Her cabbage steak recipe provides a vegetarian option for people who want to avoid the seafood or meat recipes. It was inspired by one of the most popular side-characters in ATLA, the roving cabbage merchant who always seems to be in the wrong place at the wrong time.

Berger says that “some of the recipes, like the air nomad pies, took a little extra creativity to get them to not only look similar to how they appear on the show, but to taste just as good as you’d imagine.” 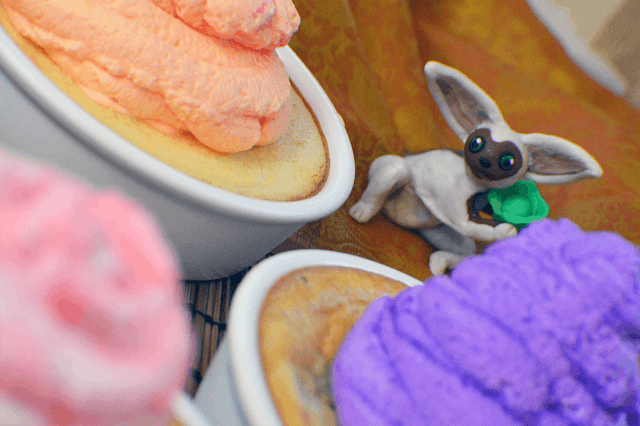 The fruit pies appear in flashbacks to Avatar Aang’s time at the Air Nomad temple, and in the show it’s admittedly kind of hard to tell what they’re made of.

The pies are depicted them as cylindrical cakes with a pile of fluffy or maybe gooey pastel topping, an idea that Berger replicated by making cream cheese and fruit filling for individual mini-pies, and then using food dye to make whipped cream in the right shades for the toppings. The result was something that looks impressively similar to a cartoon dessert. 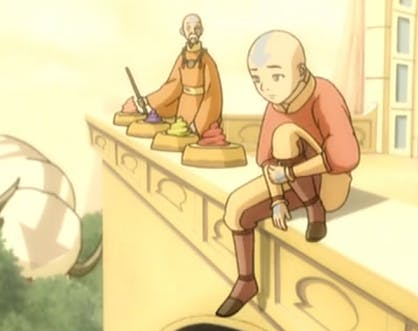 Next, the Starving Chef plans to figure out some recipes based on Legend of Korra, especially food from Republic City. We can’t wait!

Photo via The Starving Chef