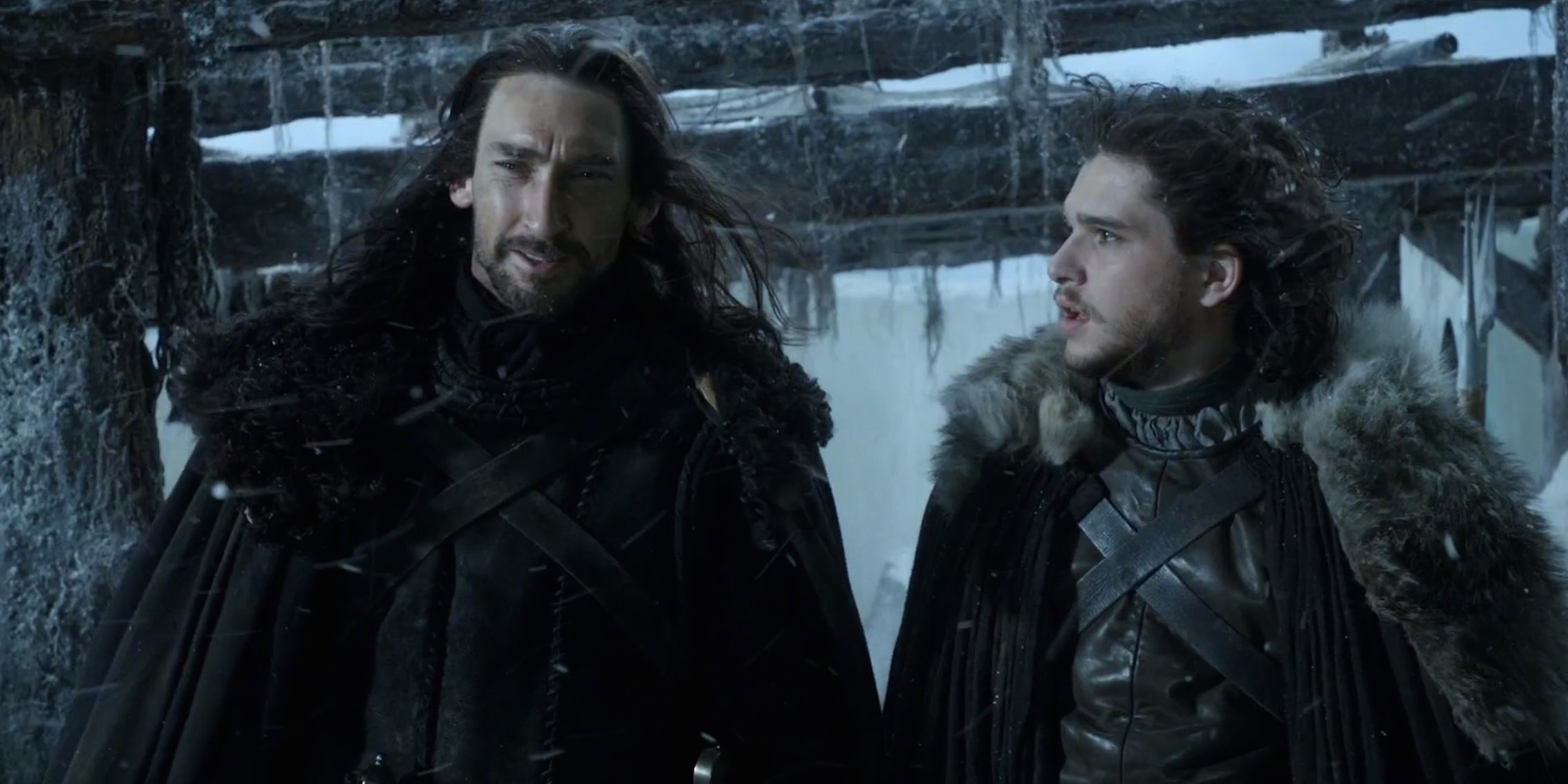 One major fan theory has been ruled out. So what's left?

Warning: This contains spoilers from Game of Thrones and A Song of Ice and Fire.

With a swift scrawl of the red pen, George R.R. Martin effectively shut down a theory fans have been developing for years.

After learning that the original manuscript for some of the books in Martin’s A Song of Ice and Fire were located at the Cushing Library at Texas A&M and open to the public, redditor _honeybird went to take a look at what was hidden among the 1,600 manuscript pages of A Dance With Dragons. _honeybird ended up sharing the findings with r/asoiaf last week, and although the entire post is worth perusing, the biggest revelation came on one page in particular.

It’s in regards to Coldhands, a book-only character Bran Stark first encounters in A Storm of Swords. He’s dressed like a brother of the Night’s Watch and is often described with the same language as the wights and Others seen in Game of Thrones. Coldhands is dead and refuses to show Bran his face, but he helps them and other allies out along the way; he’s the one who ends up killing the mutineers at Craster’s Keep. Once Bran, Meera and Jojen Reed, and Hodor reach the Three-Eyed Crow (Three-Eyed Raven in the show) at the Weirwood tree, he stays outside for he is unable to enter the cave.

Fans have tried to discover Coldhands’ identity for years. The biggest clue is that he calls Samwell Tarly “brother” in ASOS, which indicates that he was once a brother of the Night’s Watch and that the child of the forest says that Coldhands has been around for awhile. Some names have come forward as candidates, but the biggest by far was that it was Benjen Stark, Ned Stark’s younger brother. Anne Groell, Martin’s editor, apparently thought so too and noted as such in one of Bran’s chapters.

Martin simply wrote “NO” in the margin and circled it. 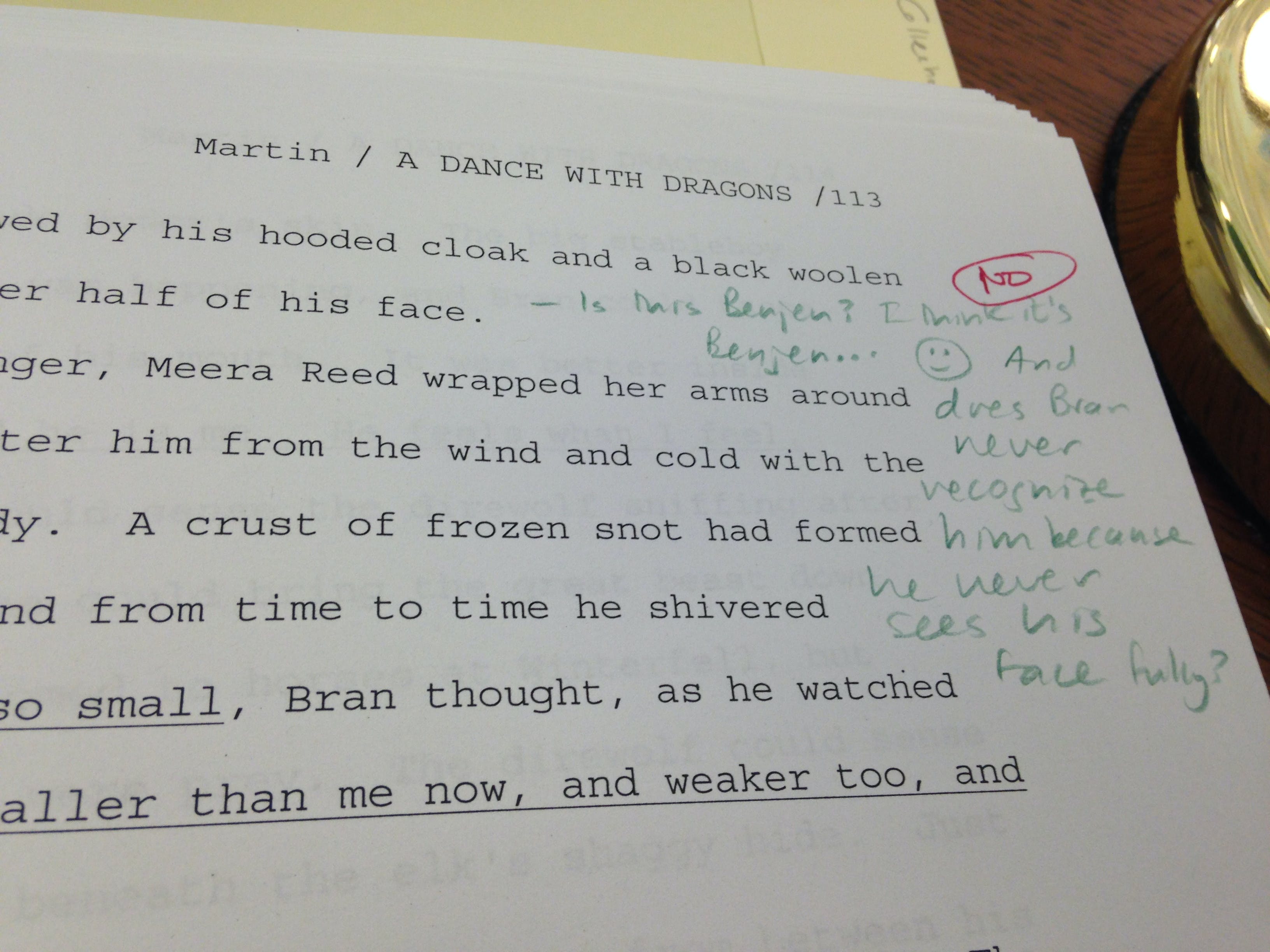 Technically this is not new information, but as the post spread, it’s something people haven’t discovered—or told other fans—until now. But some who have only watched the show or aren’t completely caught up with the books may be confused. Coldhands? Benjen? Wait, what?

The minor character only appeared in A Game of Thrones, but he has haunted some of the characters in the books almost as much as Ned after his death, and along with the Others encountered in the Prologue/first episode and the question of Jon Snow’s mother, it’s one of the series’ earliest mysteries—and fans are still waiting for an answer.

With the elimination of Coldhands as an answer, the number of possibilities of what happened to Benjen Stark went down by one. But there’s still plenty of other theories to throw around, although whether we actually find out is only known to Martin. 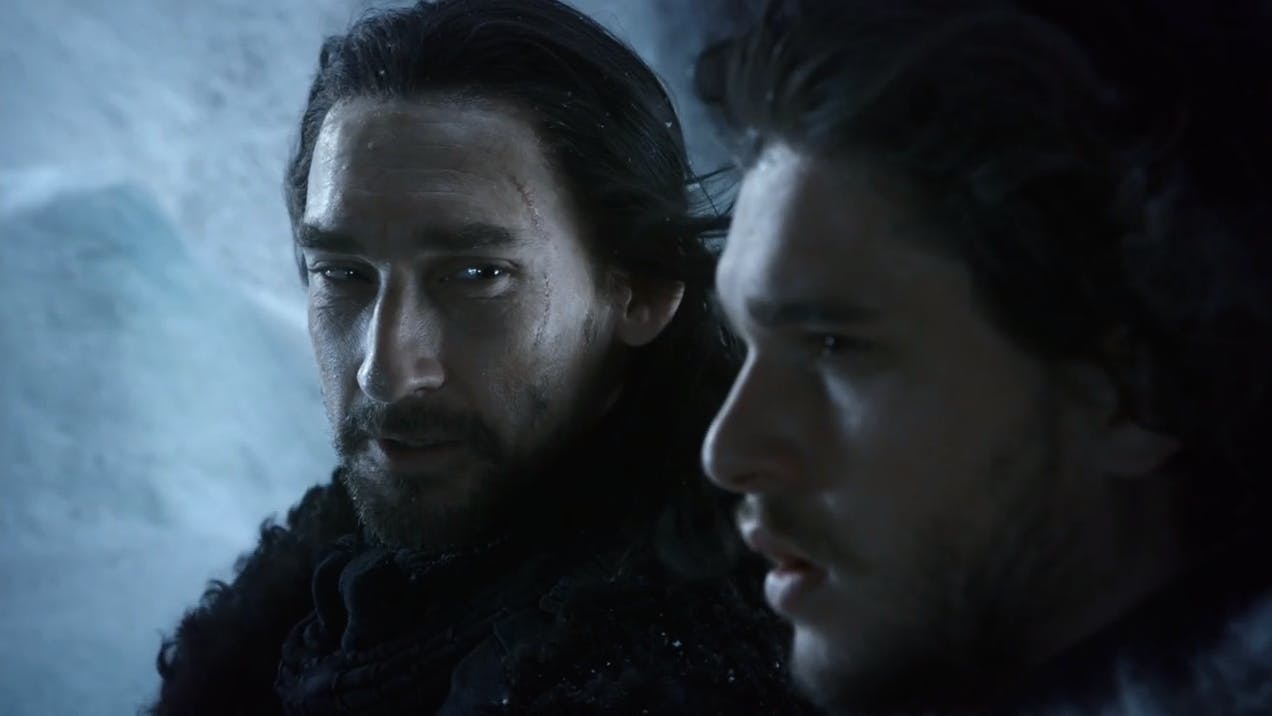 Benjen and Jon on top of the Wall

Like I said before, Benjen is Ned’s younger brother, and at the beginning of AGOT, he’s Ned’s only surviving sibling; their father Rickard, brother Brandon, and sister Lyanna all died during Robert’s Rebellion. While Ned ruled in Winterfell, Benjen became a brother of the Night’s Watch, joining sometime after the Rebellion. We’re not told why he decided to join (as far as we know, he wasn’t sent to the Wall as punishment like many of the brothers), but when we meet him, he appears to love his job and is seen as a hero in Jon Snow’s eyes.

What’s interesting about Benjen is not what we know, but rather what we don’t know. Played by Joseph Mawle in the show, he only appears in the first three episodes before disappearing from the show and books entirely.

How did he disappear?

Benjen is the First Ranger of the Night’s Watch, and early in AGOT and season 1, he was sent out with other rangers to search for Ser Waymar Royce, a fellow ranger who has disappeared beyond the Wall. He doesn’t know that it is a lost cause (Ser Waymar is dead in the show and a wight in the books), so he and the rangers head out.

“We’ll speak when I return,” Benjen told Jon, who by then was a young recruit, at the top of the Wall in “Lord Snow.”

Some people suspect that he will come back to tell Jon about his parents before the end of everything. The only other person alive who may know the truth is Howland Reed, Meera and Jojen’s dad.

And there’s seriously been nothing about his whereabouts?

Nope. After being gone for some time, Benjen’s horse comes back to Castle Black without its rider, which ends up being part of the reason Lord Commander Jeor Mormont takes 300 brothers of the Night’s Watch beyond the Wall in what’s called the “Great Ranging,” along with King-Beyond-the-Wall Mance Rayder’s plans and why corpses rise from the dead.

OK, so he’s not Coldhands. Could he be anybody else in disguise?

If you believe the theory, he’s actually not even in Westeros right now. For the past couple books and seasons, he’s been in Meereen all this time as the Tyroshi sellsword Daario Naharis, who’s been fighting for and chasing Daenerys Targaryen as she sits at the throne of an unstable city. 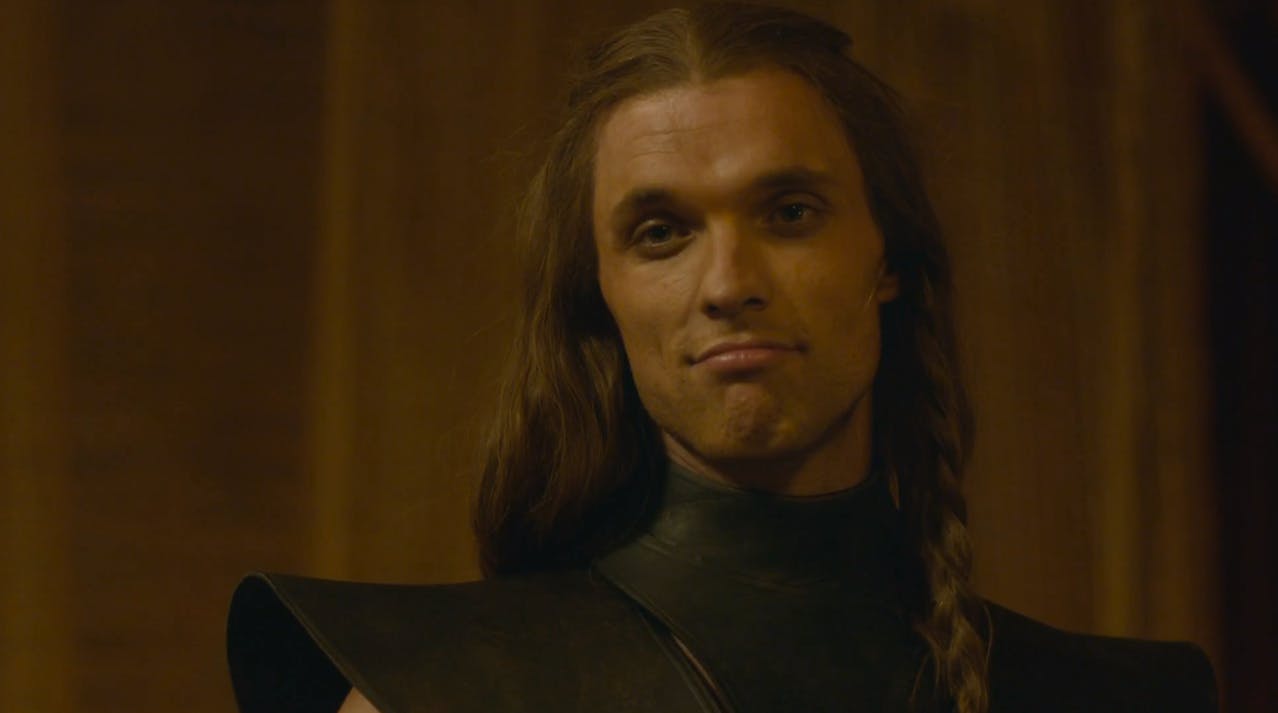 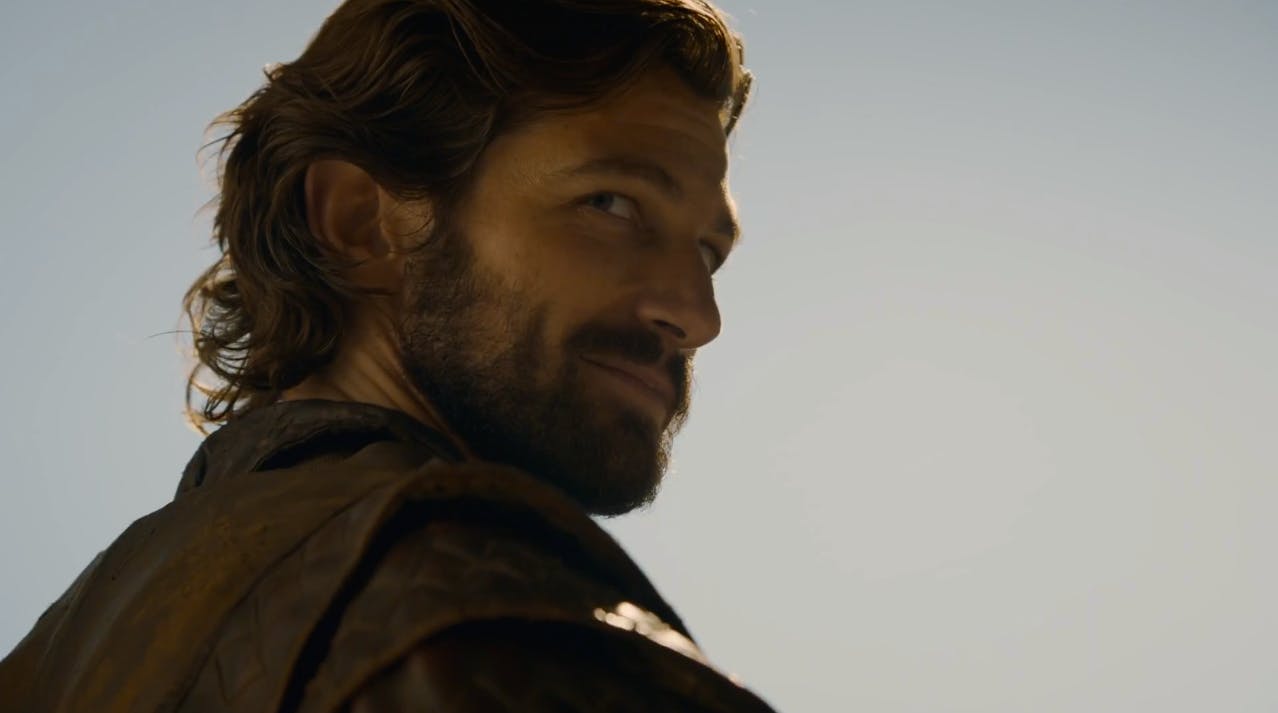 In r/asoiaf, the “Benjen is Daario” theory is on the edge of tinfoil—or a completely outrageous theory that has an ounce of support from the books. Assuming that R+L=J and Lyanna loved Rhaegar Targaryen, Benjen is in Daenerys’s court in disguise to learn about the dragons to help combat the Others and save the Night’s Watch. As others pointed out, since Daenerys doesn’t know Benjen or many people from Westeros, he could hide in plain sight. Everything Benjen does (even sleeping with Daenerys, which is in direct violation of his oath) is in fact following his oath, similar to Jon’s journey in season 3 and ASOS.

At this point in the hiatus between ADWD and The Winds of Winter, it’s practically become a meme as people try to figure out Benjen’s fate. Daario? Really? For some, Daario is so random that it seems like people just picked the unlikeliest character possible and made things work around him.

Could he still be out north?

It’s possible, of course. Another theory argues that Benjen is in Skagos, a northern island rumored to be inhibited by cannibal wildlings and unicorns, the same place Rickon Stark, his direwolf Shaggy Dog, and the wildling Osha are rumored to be when Ser Davos Seaworth is sent to retrieve the boy. 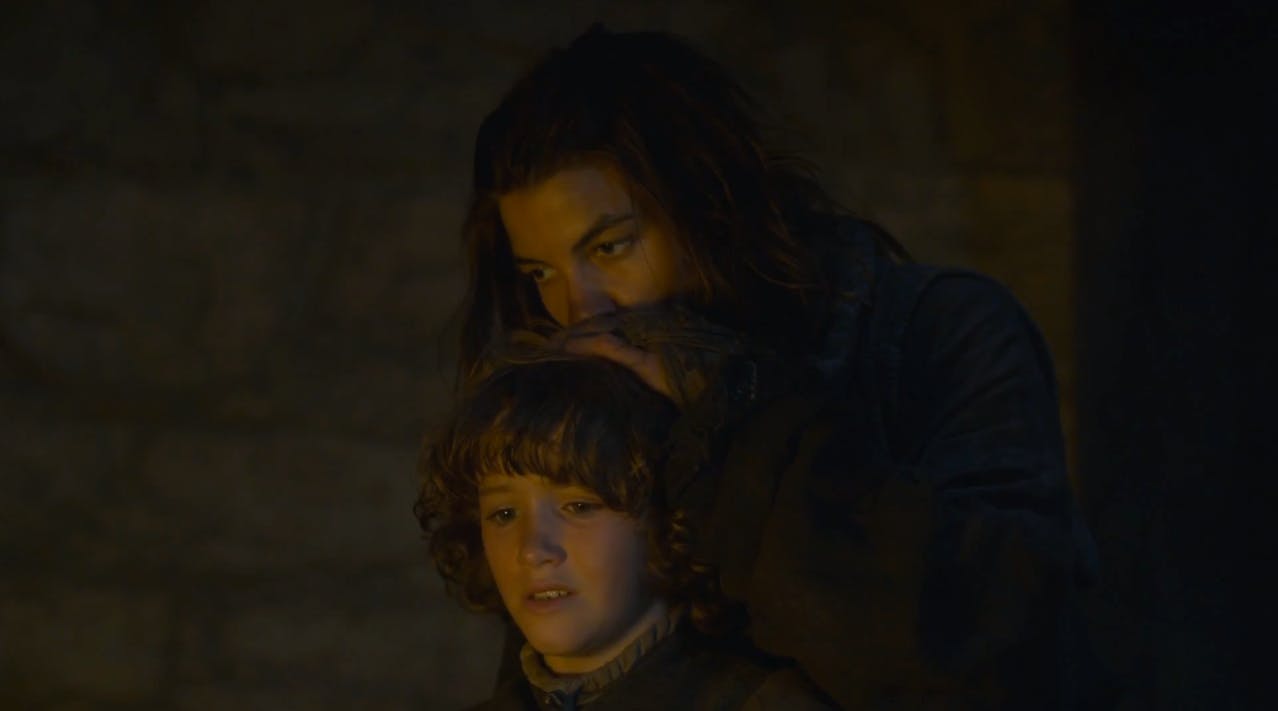 We haven’t heard from Rickon and Osha since A Clash With Kings (and season 3), so we may be overdue for them to join the story again. While this theory leaves the plotholes of why Benjen would stay on Skagos for that long and whether he would forsake his brothers for blood, it would prove for an interesting theory.

Will we even find out his fate at all?

Couldn’t you see Martin yanking our chain for six books only to find out that he never had a chance—or worse, we just never find out—in an anticlimactic yet probable ending?

I could. No one is safe.