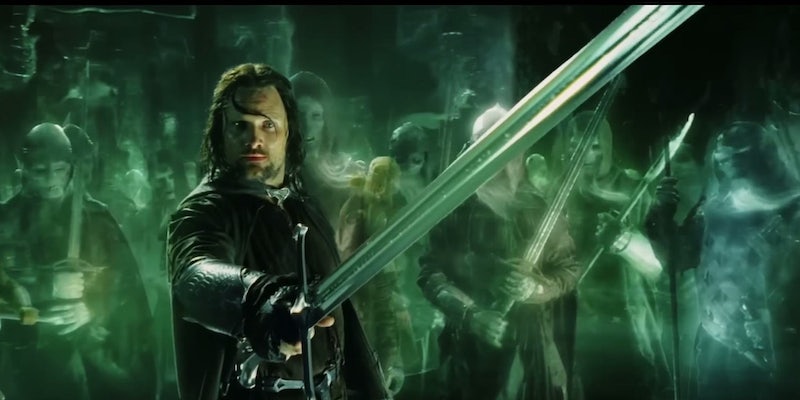 Here's how to forge a replica of Aragorn's sword -- if you're an experienced blacksmith, anyway.

The Men At Arms: Reforged YouTube series is back to create another iconic weapon from fantasy cinema.

A team of expert blacksmiths and craftsmen joined forces to build a replica of Aragorn’s sword Narsil from Lord of the Rings. This blade was broken during an early battle with Sauron, when Isildur cut the One Ring from Sauron’s hand. The shards of Narsil were passed down through the generations until we first saw them during The Fellowship of the Ring, and Aragorn later had them reforged into his new sword Andúril.

This video shows just how much work goes into a complicated weapon like this, from the basic forging to detailing the runes on the blade and making sure the metal is strong enough to be battle-ready.

Previous hits from the Man at Arms team include Arya Stark’s sword Needle, Link’s Hylian shield from Legend of Zelda, and the scissor-blade from anime series Kill la Kill. As always, they’re a badass cosplayer’s dream.Screengrab via AWE me/YouTube