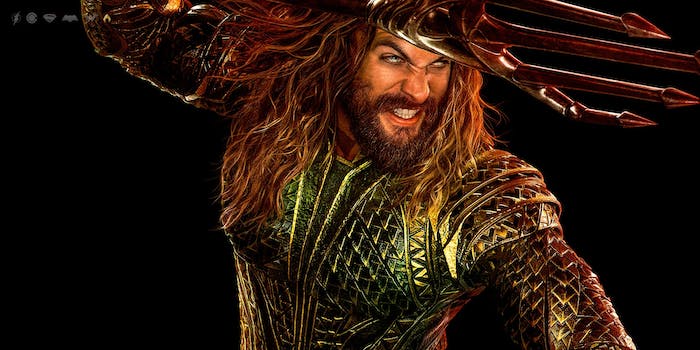 Long before Jason Momoa‘s blink-and-you’ll-miss-it cameo in Batman v Superman, Aquaman had a role in Man of Steel.

In the latest episode of DC’s YouTube show DC All Access, Jason Momoa confirmed an obscure fan theory about his character. Apparently, Aquaman was present when Clark Kent almost drowned in Man of Steel, although you don’t actually see him appear onscreen.

“In Man of Steel when Henry [Cavill]’s on the oil rig, he’s holding that up and then all of a sudden you see him up on the ocean, kind of floats up on the ocean,” said Momoa, explaining that Zack Snyder made Aquaman save Superman. “So when Bruce goes, ‘You ever heard of Superman?’, I have, and we have crossed paths.” So, there you have it. Clark Kent didn’t save himself using his own superpowers; it was actually Aquaman all along.

From that description, it sounds like Aquaman saw Superman, but not the other way round. Perhaps more importantly, it means Aquaman saw Clark Kent before he became Superman, so he may have a different viewpoint than land-dwelling human characters like Bruce Wayne and the Flash.

You can catch Aquaman in Justice League this week, and in his own solo movie on Dec. 21, 2018.