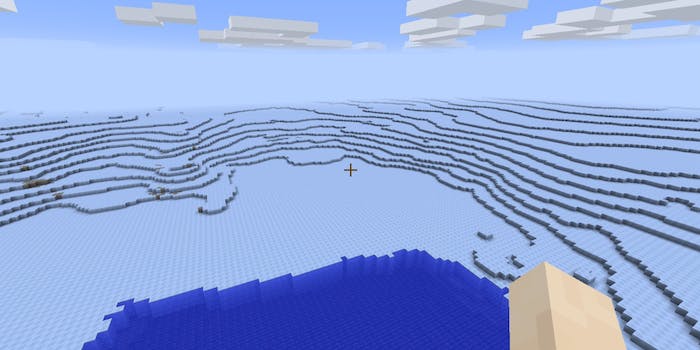 You can now explore Antarctica in Minecraft

Explore a place few people have ever been.

Most Minecraft builds that grab our attention are defined by mechanical brilliance, artistic achievement, or a pure sense of scale. Simple recreations of reality, however, can be just as compelling.

Martin O’Leary, a research scientist at Swansea University in Wales, has created a 1:1000 scale recreation of the entire continent of Antarctica using data from the British Antarctic Survey. He also made his Antarctica downloadable for any Minecraft player to explore.

“My main goal was to give people a sense of Antarctica as a real place,” O’Leary told the Daily Dot via email. “So few of us get to actually visit that it tends to become more of an abstract concept to people. This gives people a chance to experience the continent in a more concrete way.” 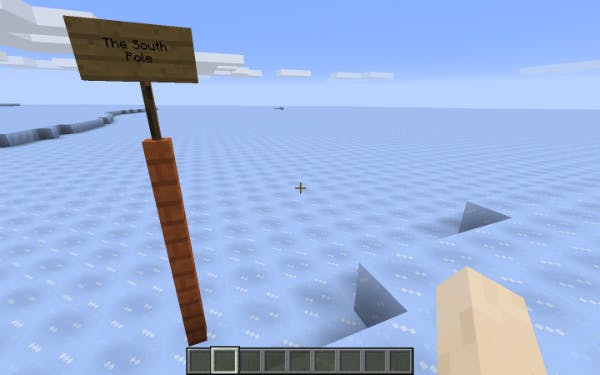 O’Leary exaggerated the vertical scale of his Minecraft recreation of Antarctica by a factor of 10, without which the map would ostensibly be too flat to convey anything other than “large” and “white.”

On his website, O’Leary shares teleport coordinates that Minecraft players may use to see some of Antarctica’s main tourist attractions, like Beardmore Glacier, Mount Erebus, and the remnant of the Larsen ice shelf. 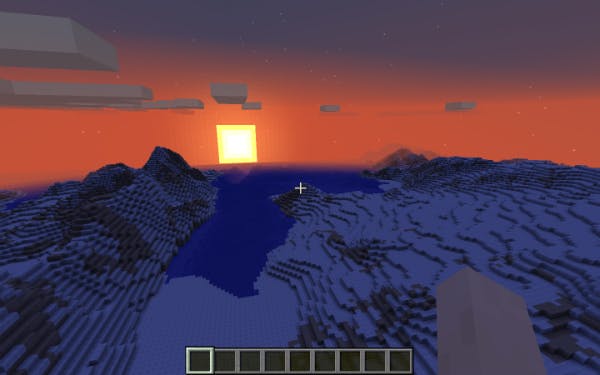 “I’d hope that people would enjoy the chance to explore,” O’Leary said. “Antarctica is one of the last great wildernesses we have, largely because it’s so inaccessible. It’s the closest we can come on Earth to being on another planet. A lot of the places on this map are real places that no human being has ever set foot on. I’d like to hope that people would enjoy exploring them for themselves.”

O’Leary said he’s never visited Antarctica himself, though he works with many people who do. Most of O’Leary’s work is based in Greenland, where he studies tidewater glaciers.

“To be honest, I just thought it would be a cool little project for my own fun, and maybe other people would be interested too,” wrote O’Leary. “I didn’t have any intent to express a personal relationship with the continent—I just wanted something to play around in.”