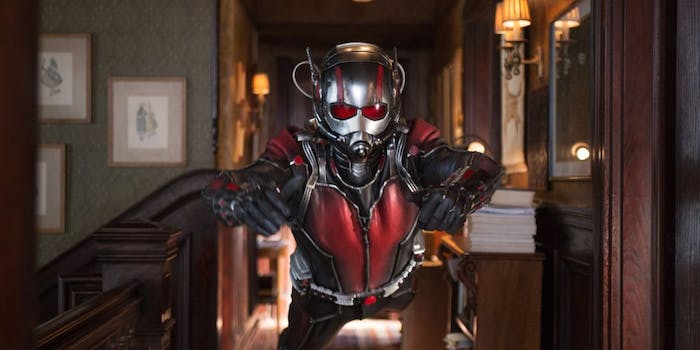 Ant-Man will return in June with a Disney animated series

The animated shorts bridge the gap between 'Ant-Man' and its upcoming sequel.

There’s already an Ant-Man sequel in the works, titled Ant-Man and the Wasp. But in the meantime, Disney will release a series of animated sequels.

The animated shorts will air on Disney XD, starring voice actor Josh Keaton (Netflix’s Voltron) as Scott Lang, Paul Rudd‘s character in the movie. Judging by a couple of images published in Entertainment Weekly, they will have a similar visual style to vintage Ant-Man comics.

Each episode is about six minutes long, bridging the gap between Ant-Man and its sequel. They’re made by the same production company as the Guardians of the Galaxy spinoff series about Groot and Rocket Raccoon.

The shorts will air on June 10 and 11, so you have plenty of time to catch up before Ant-Man and the Wasp comes out in summer 2018.