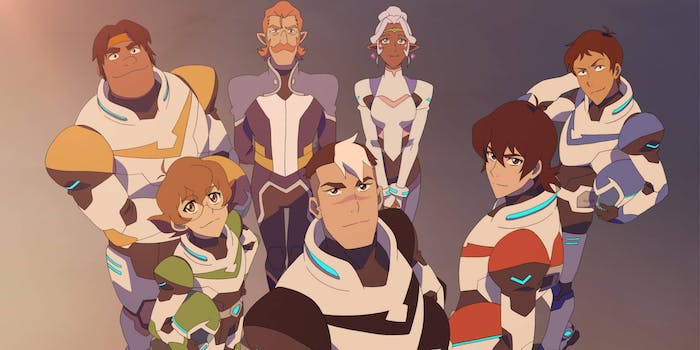 Voltron: Legendary Defender, an anime-influenced sci-fi series with roots in 1980s nostalgia, has an interesting place among Netflix’s original programming for kids.

Rebooted from the classic Voltron franchise—which itself was a rewrite of the Japanese anime series Beast King GoLion—it’s a modern callback to the era of He-Man and Transformers cartoons. Five “paladins” are chosen to pilot five robotic lions, which join forces to form the giant mecha warrior Voltron. Accompanied by two survivors of a long-dead alien race, the five young paladins battle the invading forces of the Galra empire.

Showrunners Joaquim Dos Santos and Lauren Montgomery both worked on Avatar: The Last Airbender and Legend of Korra, whose influence can be seen throughout the show. Fans will recognize a similar sense of humor and balance of characters—which may explain why Voltron already has a blossoming audience of adult viewers. We spoke to Dos Santos and Montgomery about rebooting Voltron, the strength of Netflix’s serialized format, and how Avatar influenced their work.

The original Voltron was created by sort of cannibalizing existing anime shows. What was the process for creating a more coherent story for the reboot while still keeping it familiar?

Joaquim Dos Santos: We grew up with the original, so we knew there were big pillars we wanted to adhere to. When we first started diving into the original series again, we went back and looked at the original Japanese series Beast King GoLion. That had a bit more of a clear storyline. The themes were still a bit too strange for kids’ programming now, but the storyline was way more coherent and had stronger character through-lines. So it was just a matter of taking pieces from both those original shows and then tying up the stuff that hadn’t been thought through as much.

Lauren Montgomery: Having watched it as children and then becoming adults and realizing there wasn’t a ton of the specifics we really remembered, it was easy for us to focus in on what we did remember. And knowing some things we needed to stay true to, like the fun and the teamwork, and the sense of the epic scale, the feeling that there’s a big vast universe out there.

The little nitty-gritty things, we could kind of rework and make better because a lot of the writing for children’s shows now, the bar has been raised. There’s a lot of stuff that people could get away with back in the day that we can’t really do now. 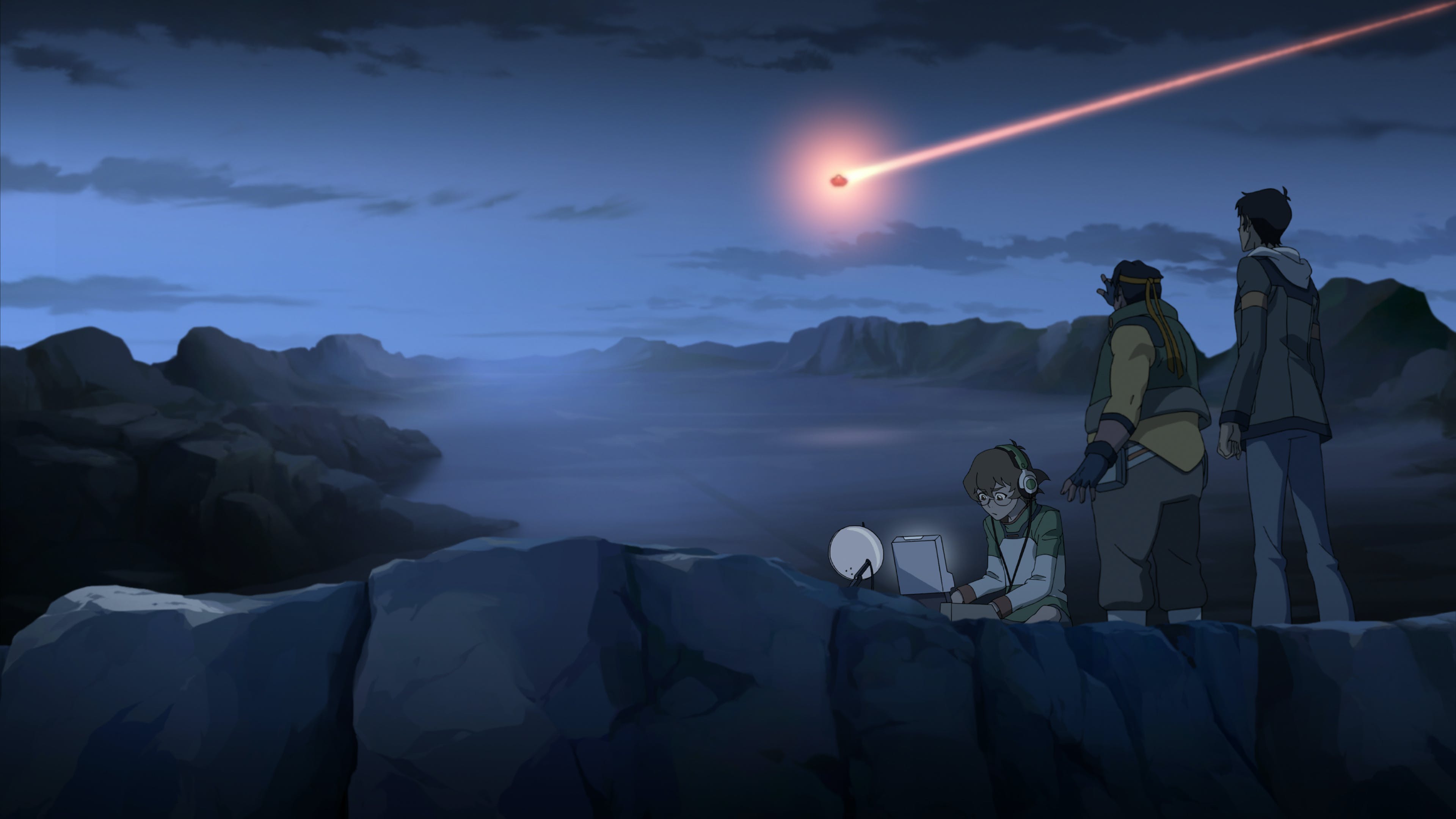 You both worked worked on the Avatar shows, which have a very distinctive look and tone. When you were developing Voltron, was there anything you learned on Avatar that really came through?

LM: Yeah for sure. I think both of them straddle the line well of having moments that are very tense and epic, but also having a very playful, kind of lighthearted nature to them.

We didn’t want to… make it super gritty and super serious. That wasn’t the show we remembered. We wanted it to have a lot of fun and a lot of heart, and that comes from comedy and making sure characters have very individual personalities.

A lot of stuff like that we learned from Avatar, those characters were so well thought out with strong, unique personalities. We ended up changing a few characters from how people might remember them in the original, just because we felt in the original there are a few of the main characters who all fit into one very similar area, and we wanted to differentiate them.

JDS: I will say that Avatar was the first quote-unquote “kids show” that as an adult made me laugh out loud. That was humor that played to all ages, and wasn’t just your standard kids’ action-adventure fare. That really had an effect on us. 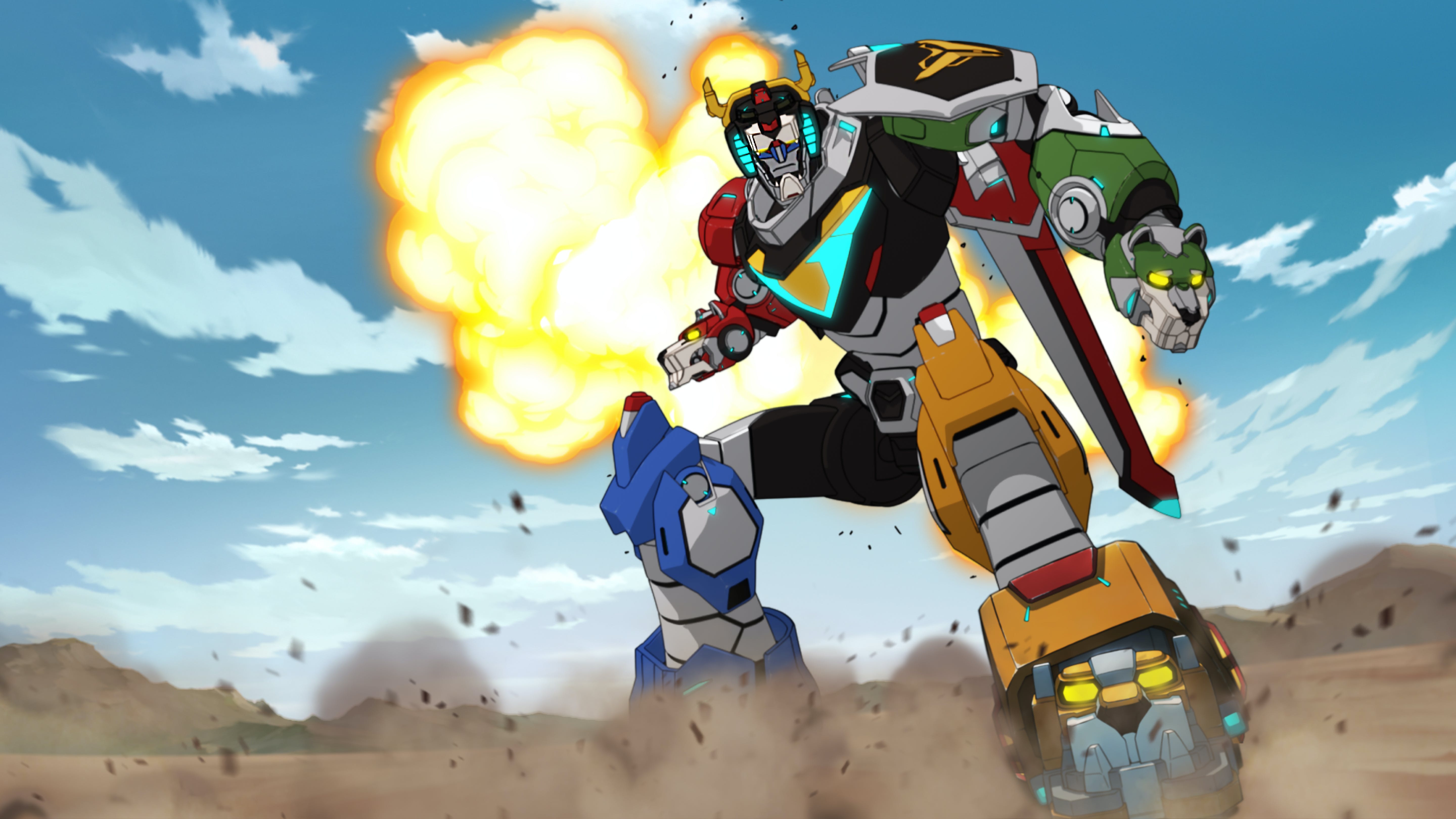 It must be interesting to make a show like this for Netflix, because it’s not really the same as working for a TV channel that specializes in children’s programming. Did that influence the tone of the show?

JDS: I don’t know if it influenced the tone of the show. I think we sort of gravitate towards stories that feel epic but also focus on smaller comedy aspects.

The Netflix format allows us to tell a way more serialized story, whereas networks really were pushing for the series to be individual, so they could run in any order and you wouldn’t need the episodes around it to understand what’s going on. Netflix is pushing hard for serialization, which just lends itself to even more epic storytelling.

LM: It allows for the drama to pay off when you can build it over the course of multiple episodes, versus having one  episode to create the buildup and the payoff.

Could you tell me about developing the show’s look? Was it inspired by any particular sci-fi sources? I thought the neon costumes seemed a little bit like Tron.

JDS: Our design supervisors all grew up with anime in their lives, so I can see influences of Evangelion, even of Miyazaki—maybe not as much as in Avatar or Korra, but it’s definitely there. We also have a ton of opportunity in the show, especially with the alien races, to just do stuff that’s unique to Voltron.

Can you share any information about season 2? Are there any plans to add more female characters to the cast?

LM: Well, we definitely have our complete set of characters, our five paladins and Allura and Coran. There’s definitely more aliens that are coming aboard, some female, some male, maybe not in the main cast,.

JDS: As the show evolves, the story gets bigger and the cast of characters that interacts directly with our main cast widens. So you do get a way more varied look at the way other people can help. They fit into the big picture.