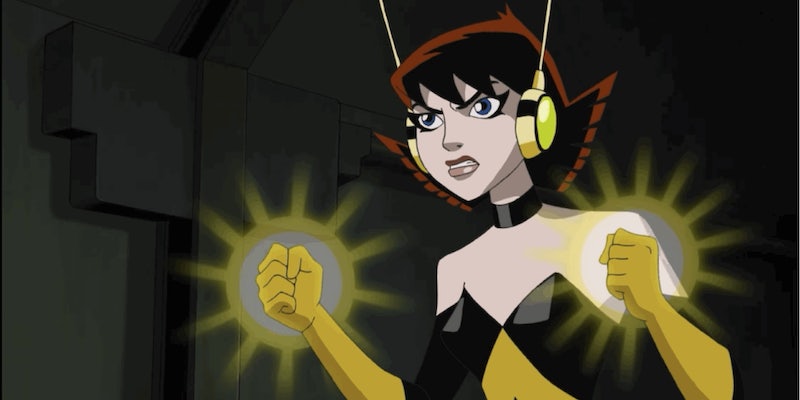 In the beginning there was Thor, Iron Man, Hulk, Ant-Man and Wasp. Four got their own movies. One got flushed.

Even at the best of times, comic book fans can be overly critical about adaptations of their favorite superheroes. But in the case of Marvel’s Ant-Man, fans have already been given plenty of reasons to be concerned.

First, director Edgar Wright quit after working on the film for years. Then several crewmembers left as well, Marvel Studios quickly had to run through a shortlist of potential replacement directors, and three actors dropped out of the movie. At San Diego Comic-Con last weekend, lead actress Evangeline Lilly admitted that with two weeks to go until filming begins, she still hadn’t been shown a script.

Perhaps it’s unfair to pre-judge Ant-Man based on this kind of behind-the-scenes gossip, but reactions to new plot details have been even less positive.

“I’m an entomologist,” he told EW. “I’m also a physicist and I discovered in 1963, a way, a serum to reduce a human being to the size of ant maintaining the strength. But unfortunately during this process, a tragic personal accident happened with my wife.”

Janet Van Dyne is also known by the superhero name Wasp, and was included in an early draft of Joss Whedon’s first Avengers movie. In the new Ant-Man adaptation she would have been in her 50s or 60s, and mother to Evangeline Lilly’s character Hope Van Dyne. Instead she’s been given an offscreen death in what fans are labeling a #JanetVanCrime, effectively erasing her from future appearances in the Marvel Cinematic Universe.

SHE WAS A FOUNDING MEMBER, SHE WAS THE ONE TO COME UP WITH THE NAME AVENGERS, SHE WAS THE LEADER OF THE TEAM FOR CHRIST SAKE #JanetVanCrime

#JanetVanCrime is a crime that is against all fans of the Avengers. She is a founding member, and is gonna get killed off as a plot point.

Absolutely ridiculous such a key member of the Avengers is getting fridged! The MCU needs Janet! #JanetVanCrime

There’s now 6 male Avengers compared to 2 female. The films need more women, and Jane should have been the first. #JanetVanCrime

I don’t see any male superheroes getting erased from properties where they’re founding members, do I? So why Wasp? #weknowwhy #JanetVanCrime

The founding members of the Avengers team were Iron Man, the Hulk, Thor, Ant-Man, and Janet Van Dyne as the Wasp. In other words, all of the male characters get their own movie franchises, while the Wasp is not only sidelined, but killed off to provide backstory for characters in the new Ant-Man movie.

Cutting Wasp out of the Avengers franchise isn’t just a matter of sidelining female characters yet again, it also suggests that this movie may be sidestepping the more controversial aspects of the Ant-Man mythos. Specifically, Hank Pym’s morally ambiguous status as an abusive husband. Ant-Man is being described as a lighthearted heist movie, so perhaps the filmmakers decided that the Hank/Janet relationship involved too much baggage.

Marvel Studios has often made significant changes when adapting comics to the Cinematic Universe, usually in ways that improve characters and storylines for new audiences. For example, changing Jane Foster from a nurse to an astrophysicist in the Thor movies gave her a more relevant sci-fi role, and rewriting Bucky Barnes as an adult in the Captain America movies gave him a far more emotionally compelling relationship with Cap.

But in the case of Ant-Man’s female characters, things don’t look so good. The upcoming movie gives us two Ant-Men, both whom were defined by their relationships with women in the original comics. Except now Janet Van Dyne is dead, while the daughter of protagonist Scott Lang (Paul Rudd) was not even mentioned at the Comic-Con panel. This is the equivalent of rebooting the Superman movies without Lois Lane.

Marvel’s SDCC panel made it clear that the central relationships of the movie are the two generations of Ant-Men and a third male character, Yellowjacket. It’s possible that Scott Lang’s daughter (who had an integral role in his comic book origin story) may not appear in the film at all. Evangeline Lilly’s character, Hope Van Dyne, appears to be the only major female character in the film, and so far is something of a mystery.

Killing off Janet Van Dyne may not make a huge dent in Ant-Man’s eventual box-office results, since this film was never planning to rely on a pre-existing comic book audience. However, it’s difficult to imagine how removing yet another female character is going to improve the Avengers franchise as a whole.