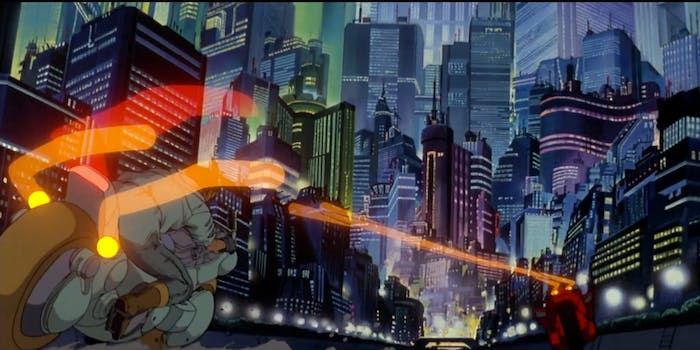 5 directors who could give ‘Akira’ the remake it deserves

We deliver our best hopes for persons to direct the film that could become a trilogy.

Rumors are flying around the entertainment world concerning the long-awaited live-action remake of Akira—but the movie’s fate remains in uncertain hands.

Speculation has abounded last week that the Japanese animated classic will be adapted into a trilogy instead of a standalone film—with reports that Christopher Nolan may or may not be attached to produce. If the trilogy is indeed happening, it’s good news for fans of Katsuhiro Otomo’s six-volume manga, because it means that the films will delve more deeply into the fascinating original storyline.

But if Nolan isn’t slated to direct, as original rumors hoped, then who will? 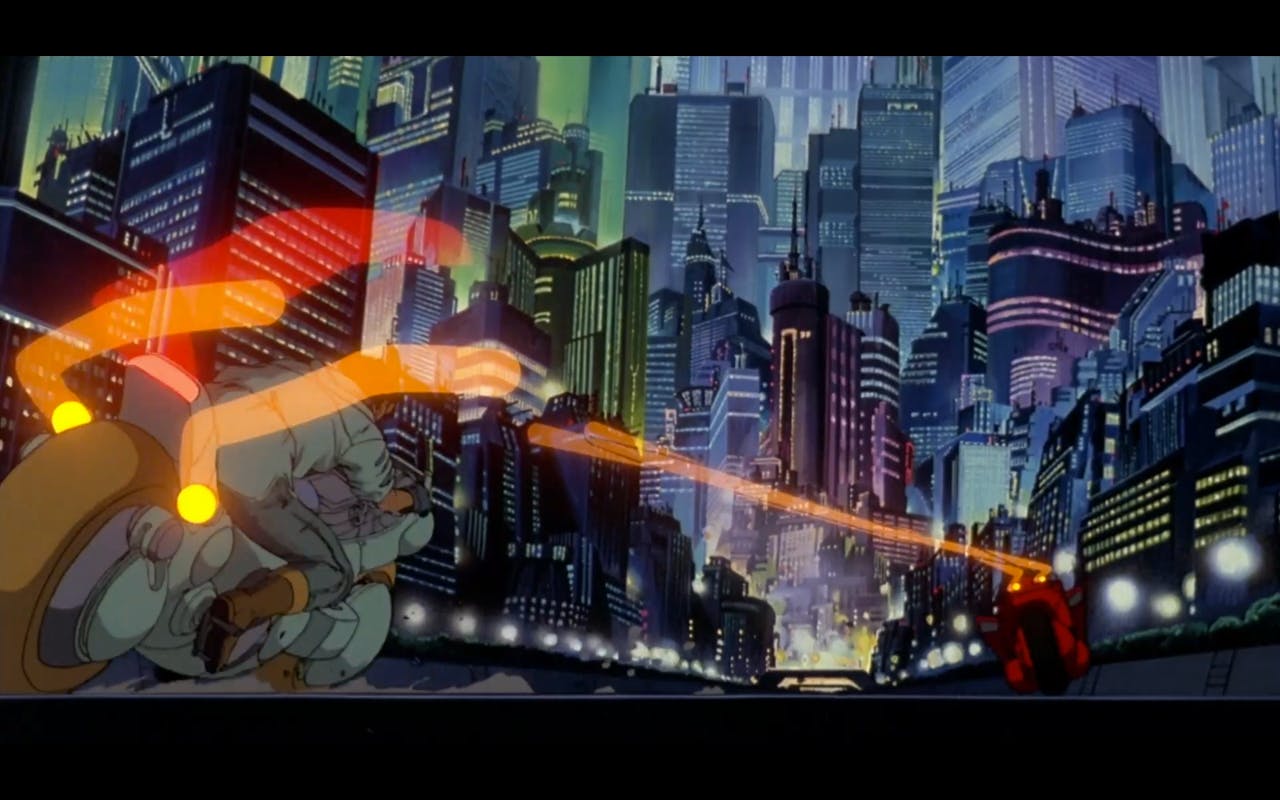 Akira is a cyberpunk masterpiece, a gritty futuristic dystopia loosely inspired by Blade Runner (which was itself inspired by modern Tokyo). The story follows two best friends, Kaneda and Tetsuo, social outcasts and members of a biker gang who get caught up in a secret government organization. After Tetsuo is taken prisoner by the group, their science experiments unlock his latent psychic powers, and Kaneda is forced to wage a reluctant fight to keep him from wreaking bitter havoc upon the world.

The gorgeous animated film, which was scripted by Otomo closely following his manga, is generally considered to be one of the greatest science fiction films and animated films ever made. It looks like this: 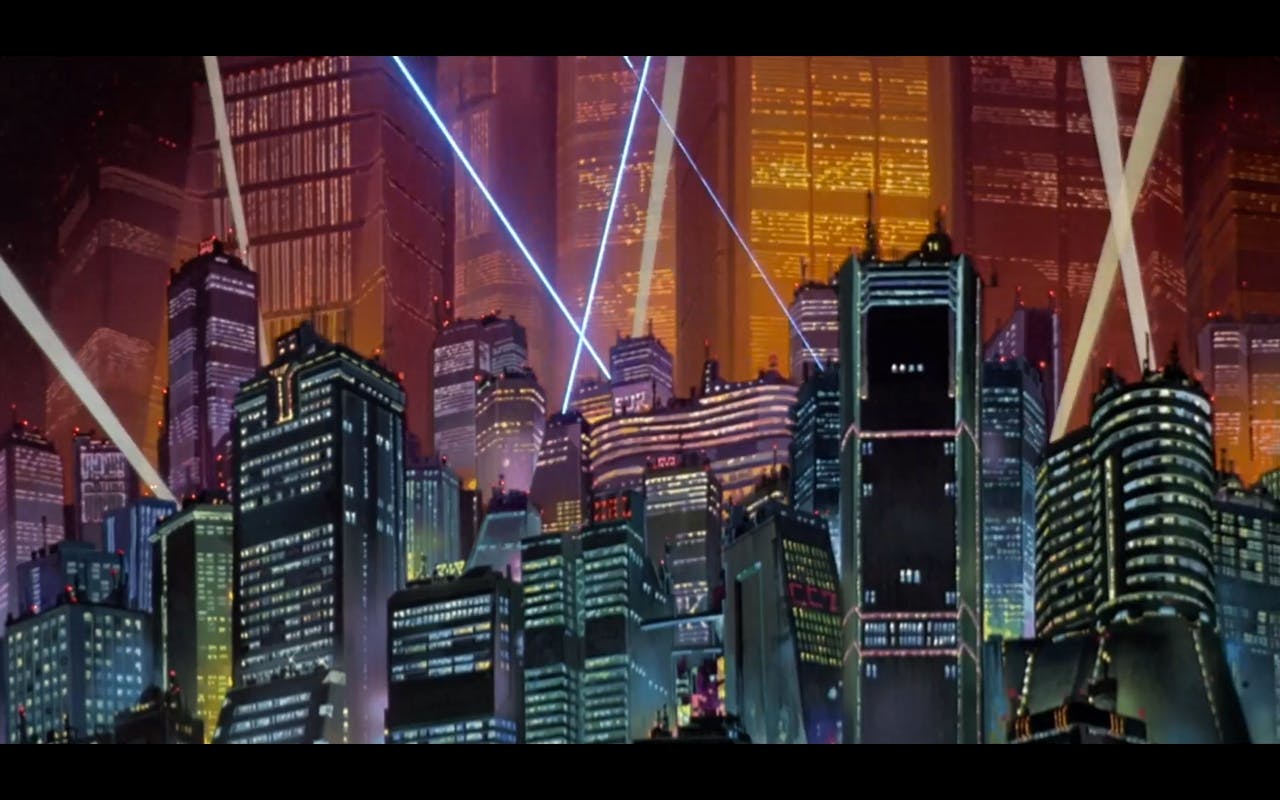 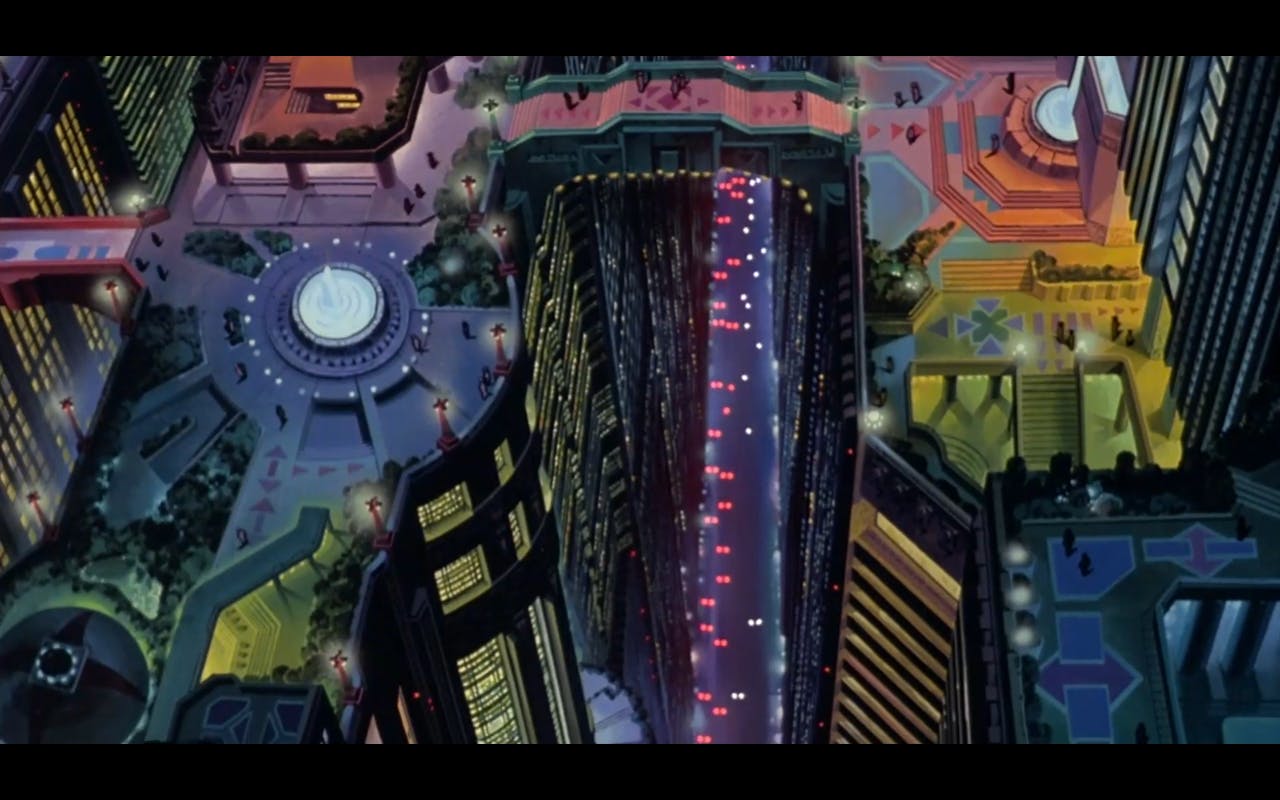 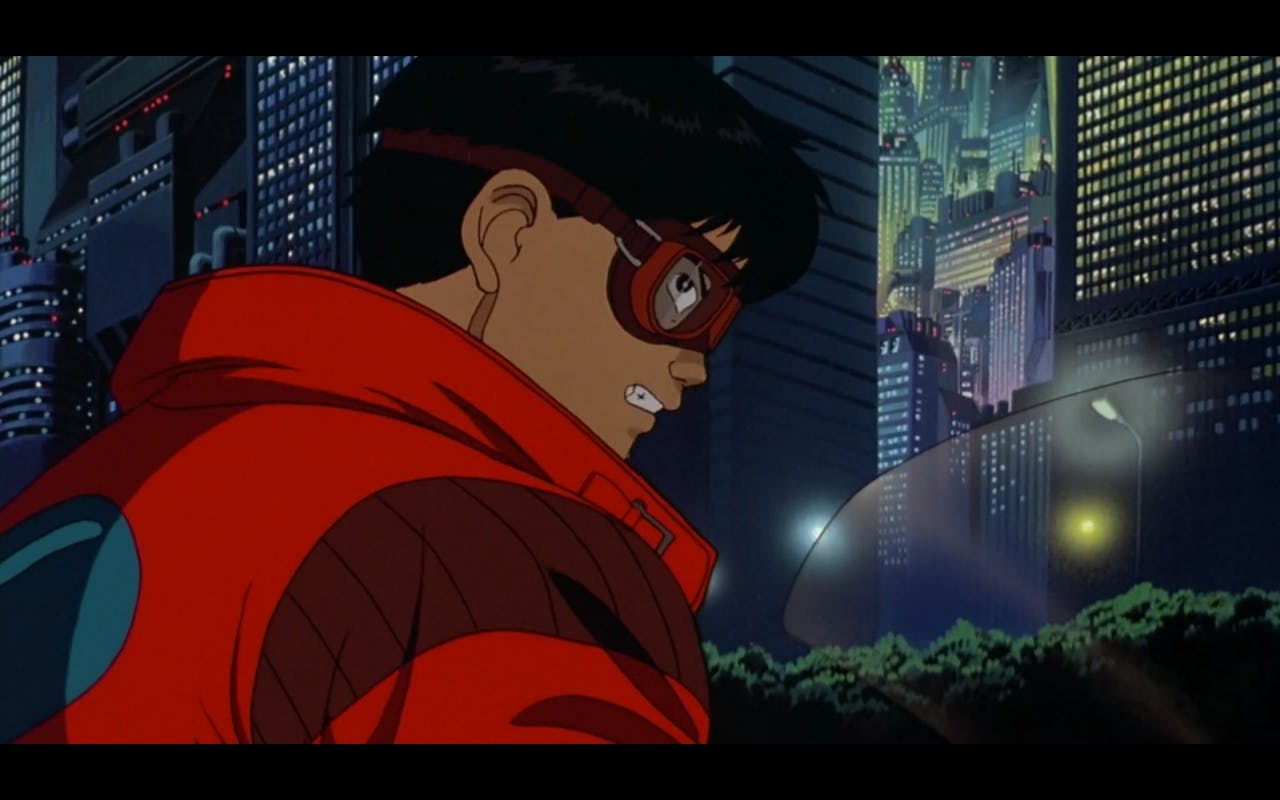 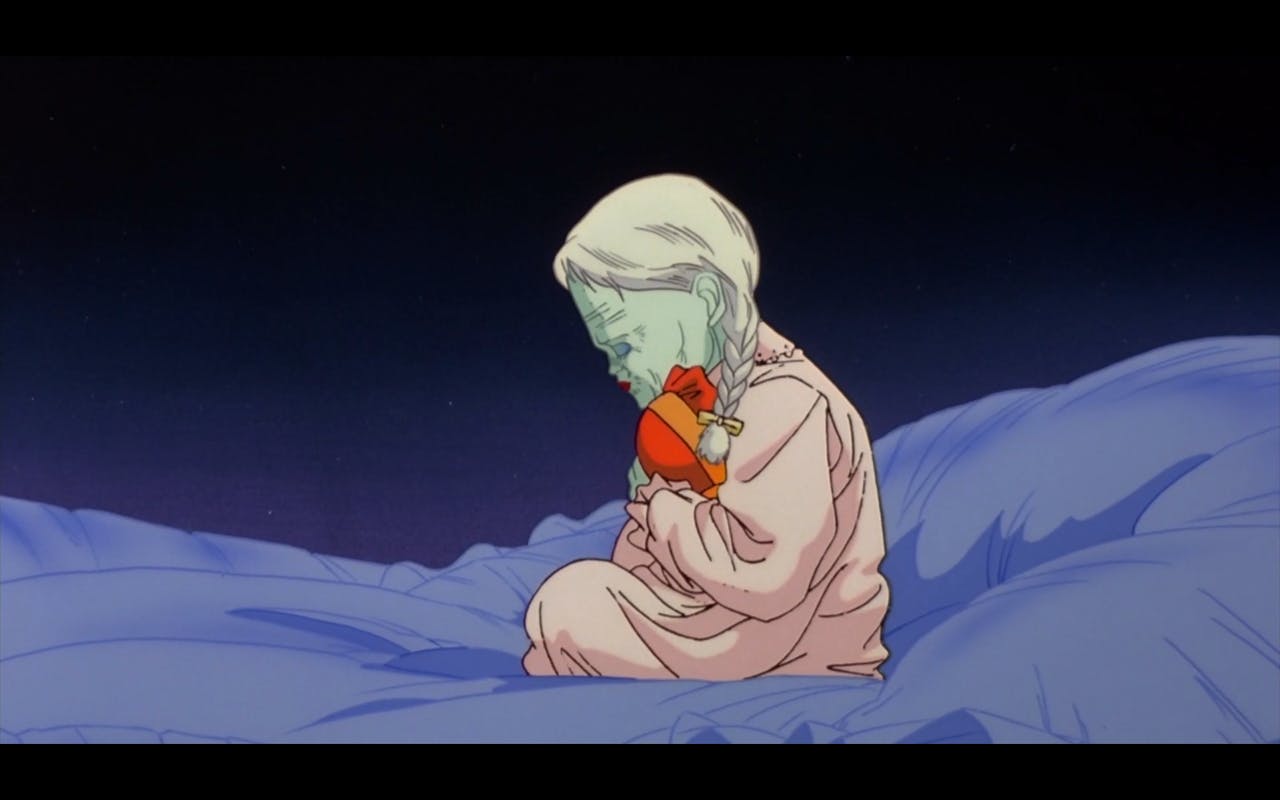 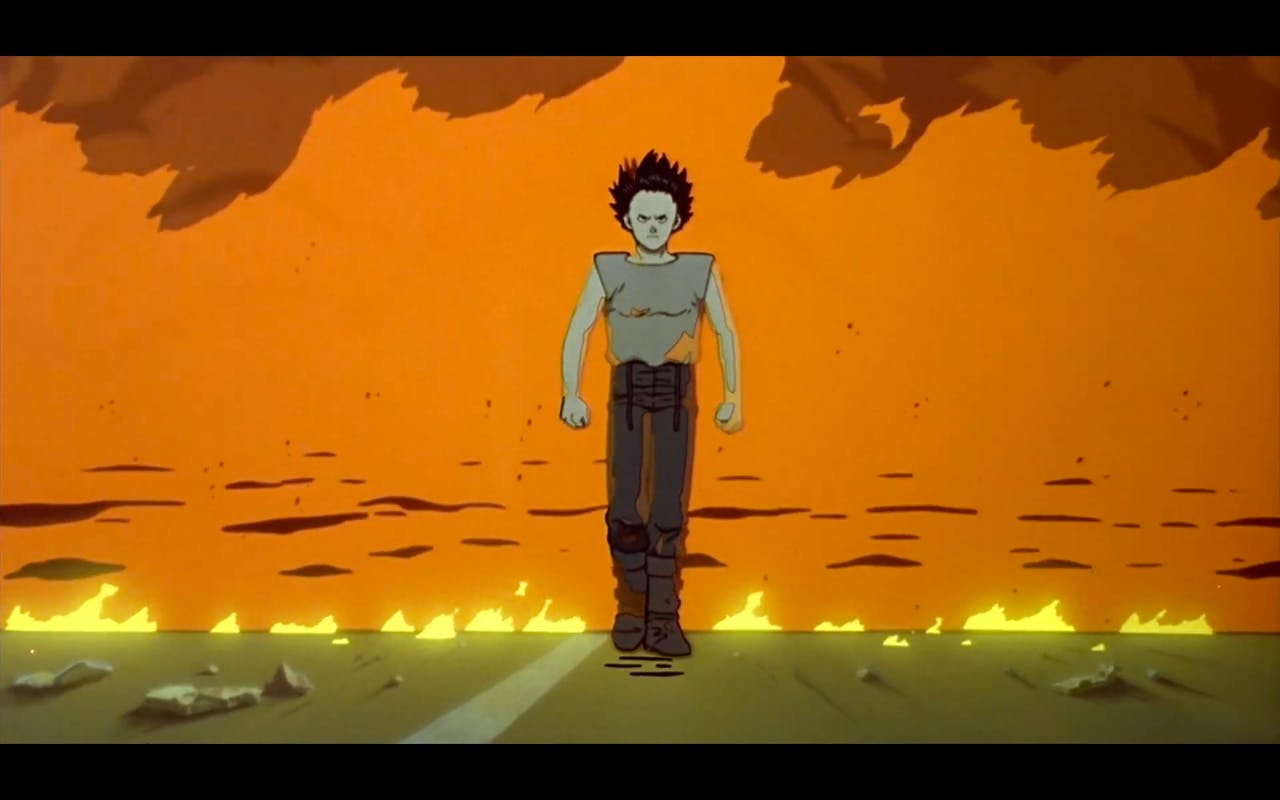 It also has an iconic soundtrack that’s been homaged, parodied, and remixed endlessly:

Needless to say, a live-action remake will have a lot to live up to; but so far, the film’s trajectory has been fraught with difficulty.

In 2011, a previous attempt to make a live-action Akira was thankfully canceled after fan outrage arose over attempts by then-director,  Jaume Collett-Serra (Orphan), to whitewash the cast and relocate the setting to New York City. The production fell apart after Keanu Reeves turned down the lead role of Kaneda, and rights-holder Warner Brothers asked for a relatively small budget.

In 2014, still trying to get the film made, Collet-Serra made dismissive comments in interviews about how the two main characters, Kaneda and Tetsuo, were boring and one-dimensional, and that “Japanese culture… never [has] strong characters.”

These remarks probably weren’t the best way to endear fans of one of the most distinctively Japanese stories in modern pop culture, and when word surfaced this summer that the production was back on with Leonardo DiCaprio’s production company and Sons of Anarchy‘s Marco Ramirez writing the screenplay, Collet-Serra’s name was unattached.

However, if Collet-Serra isn’t directing, and Nolan taking the helm seems unlikely, who will guide the rocky process of bringing a faithful version of Otomo’s manga to the silver screen?

We made an effort to favor directors who would retain the original cultural authenticity of the story instead of attempting to westernize it or introduce new characters. Akira had a huge stylistic and narrative influence on U.S. action films, so making it look more like films that owe so much to Akira would be an ironic mistake that would erase the cultural markers that made the film so distinctive. An Akira set in New York would not be Akira.

So with that in mind, here are a few directors we’d love to see tackle this project, who could do the film’s storyline justice while still respecting its cultural identity.

When we first heard that an Akira remake was on the table, we dreamed of seeing Takashi Miike at the helm. Few other directors have the far-reaching skill, the broad genre experience, and the aesthetic vision of Miike, whose landmark films have included the cult horror film Audition, the Palme d’Or-nominated thriller Straw Shield, and most recently Yakuza Apocalypse. Miike has already adapted manga to film, notably the ultraviolent and critically acclaimed Ichi the Killer.  If ever there were a reason for Warner Bros. to bring an international director into the studio, it would be to pair Miike up with Akira—a project it feels like he’s been preparing for his entire career.

The creator of Saw, The Conjuring, and Insidious, and director of Furious 7 basically owns Hollywood at the moment—and more importantly, he’s in an excellent position to climb into the director’s chair for Akira. He’s already helming one major Warner Bros. film—Aquaman. He’s already gotten one street-scene heavy action film under his belt, in case you didn’t notice Furious 7 making roadkill out of every other film in its box office class. And he’s already currently filming a live-action adaptation of another iconic ’80s Japanese animated dystopia—the classic mecha series Robotech. Just let this dude take on another major blockbuster project right now, guys. He’s definitely proven he can handle the pressure, and we’d love to see what he’d bring to a project like Akira that combines elements of Wan’s genres of choice—dystopic fantasy, action, and horror.

The writer/director of cult horror classic Suicide Club, the cerebral Cold Fish, and the controversial upskirt photo melodrama Love Exposure is no stranger to the kind of controversy that Akira courts.

But it’s 2015’s surprisingly lush Love & Peace that tips Sono over the edge for us into a strong choice for director. You can’t effectively direct Akira without having a sense of the tenderness that ultimately still exists throughout the high-stakes tension between Kaneda and Tetsuo. Love & Peace, with its affectionate look at relationships, its surreal musical fantasy, and anime-inspired tongue-in-cheek homage to Tokyo-destroying kaiju, makes us think Sono might just be the best directorial choice for Akira.

Nakashima first rolled into our lives with the effervescent Kamikaze Girls, a film about a Loli girl who strikes up a friendship with a member of a rebellious biker gang. The film’s mix of stylized surrealism and lively action only got stronger with Nakashima’s subsequent films, like last year’s thriller The World of Kanako. And in what was perhaps the best mark of Nakashima’s commitment to excellence yet, he walked away from directing the live-action adaptation of Attack on Titan. You know, the one that proved to have very little in common with the idolized manga and subsequently bombed with critics.

Who better to direct a landmark action trilogy than someone who’s already made one? Infernal Affairs, co-directed by Lau and Mak with a screenplay co-written by Mak, is arguably the greatest action trilogy ever made. And while U.S. fans may know it only from its loose U.S. remake—Oscar-winning Martin Scorsese film The Departed—the original Chinese version is superior in every way.

Lau and Mak have collaborated numerous times over the years. Like Miike, they’ve also directed a major manga adaptation—the 2005 film version of the beloved race car series Initial D. Racing down the roads of Japan? They’re already primed and ready to hit the streets with Akira.

Sure, we know it’s unlikely most of these directors will ever be considered for the job—but that’s a shame considering how much they can bring to one of the most closely-watched film adaptations in decades.

We just hope that whoever finally winds up in the director’s chair will make sure the film they give the world is faithful to its legendary predecessor.

That they’ll create a remake worth waiting for.