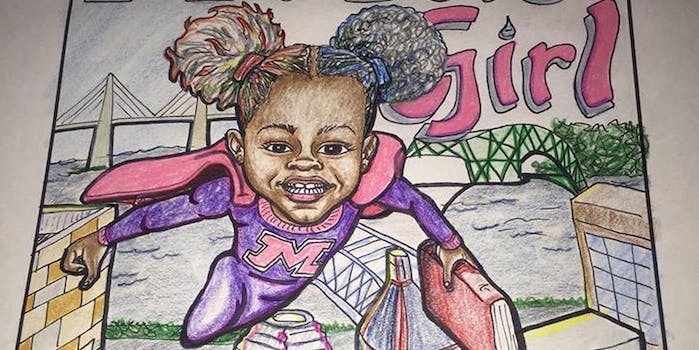 Mom came up with the idea to help teach her 7-year-old daughter love reading—and herself.

Seven-year-old Natalie McGriff was struggling with self-esteem. Her natural hair had been the subject of teasing and bullying at school. The shy second-grader was also having problems reading. So her mom, Angie Nixon, decided to tackle two problems at once:

She got her daughter to help her create a comic about a girl, just like herself, whose afro puffs give her superpowers.

If you think that sounds cool, you’re not alone: The mother-daughter comic, The Adventures of Moxie Girl, just won $16,000 in a competition from One Stuff, a Florida crowdfunding festival. 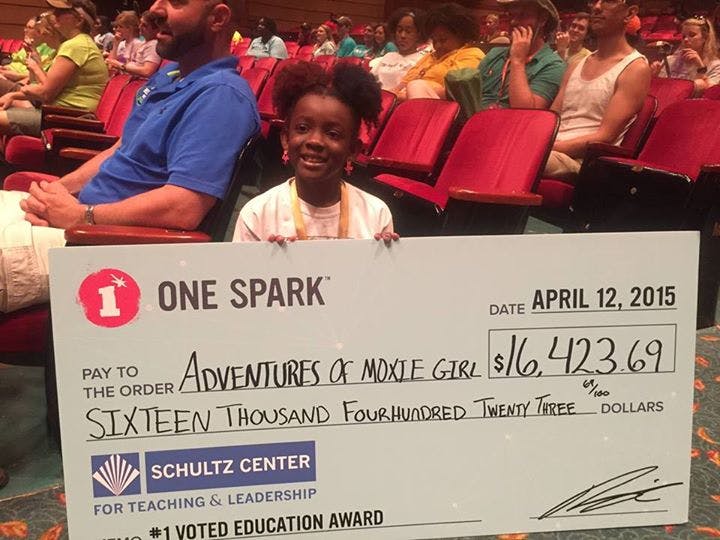 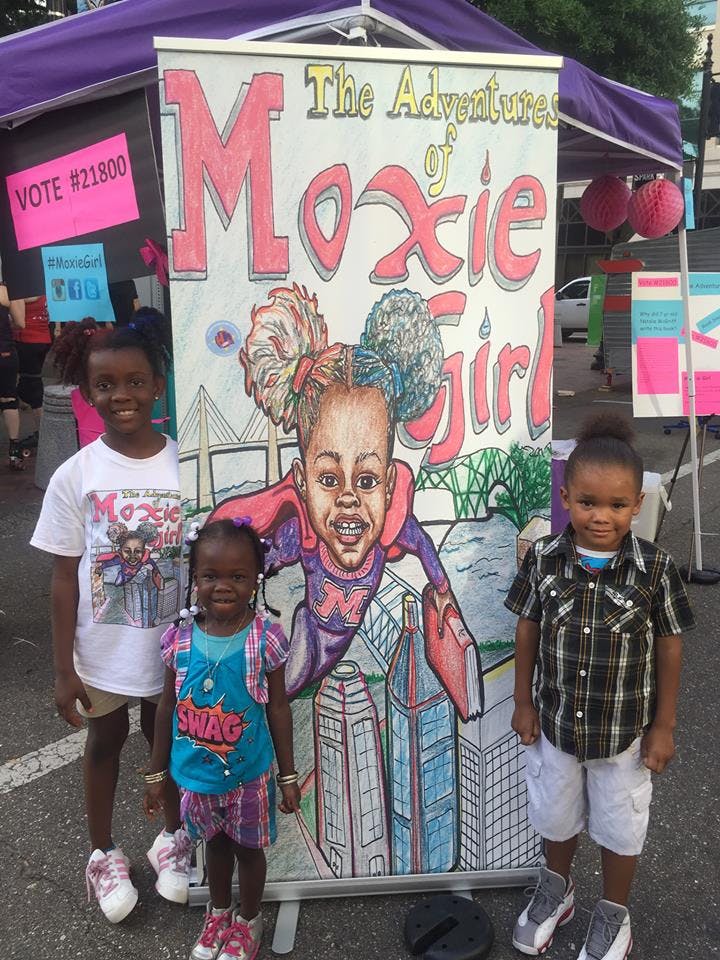 McGriff and Nixon picked up the prize in the education category after they won with just three votes over the second-place winner. But it was more than enough to boost McGriff’s self-esteem according to her mom, who told local news station WJXT4 that she was “dancing” after the win. 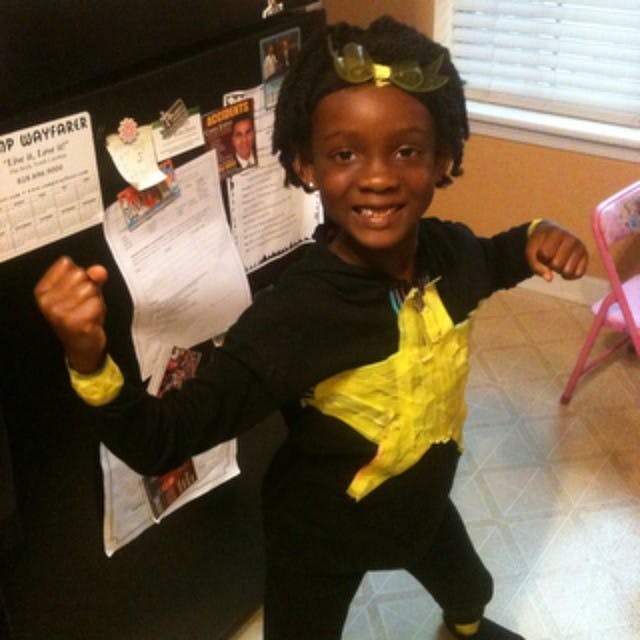 “Natalie was having issues with her natural hair,” Nixon told WJXT4:

She would come home from school and say that she hated it. And she was also having issues reading—she didn’t like to read but she was very good at it. And so I decided to combine the two, and I asked her if she wanted to write a book and we were going to make her a superhero.

McGriff said her favorite part of the five-chapter comic was “when I got my powers.” In the comic, the fictional Natalie’s afro puffs give her the power to control “fire, ice and water.” She uses her powers to protect her community and save her local public library. Here’s the project description from the One Spark website:

The Adventures of Moxie Girl is a children’s book inspired, designed and co-written by 7 yr old Natalie McGriff. Natalie, a delightfully funny brown skinned girl previously suffered from low self-esteem regarding her hair texture and skin tone. Through much encouragement and constant adulation from family and friends, Nat’s esteem began to rise and she is now proud to be herself. She is now seeking to encourage, uplift and empower other young girls of color that may be suffering from low self-esteem by creating a children’s book which transforms what many may see as flaws, into super powers. The goal is [to] create positive images of girls of color, causing them to take pride in themselves.

The comic seems to have resonated with readers and festival attendees. Jacksonville, Fla., mayor Alvin Brown stopped by to congratulate the young creator: 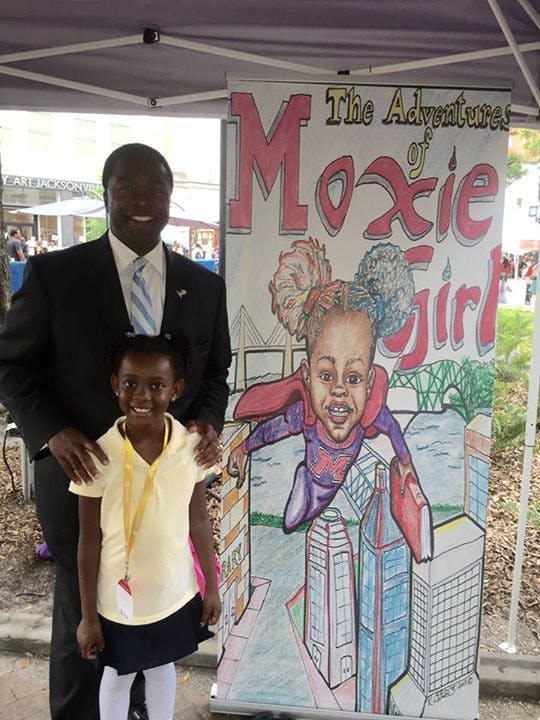 A recent submission to the comic’s Facebook page underscored the importance of teaching young black girls to love their natural hair:

My 8yr is experiencing those same image issues. I talk to her about how beautiful her hair is but she struggles with what I am telling her versus the “popular” images she sees on tv. It breaks my heart to see her lacking in self confidence. Thank you for what you are doing. It is such an encouragement for our beautiful brown girls!!

Angie Nixon told WJXT4 that they want to “expand the Moxie Kids brand” in order to tackle things like bullying and self-esteem for kids with hearing aids. She also hopes to expand the reading vocabulary level to challenge more kids like Natalie.

It looks like a generation of Moxie Kids is on the way.