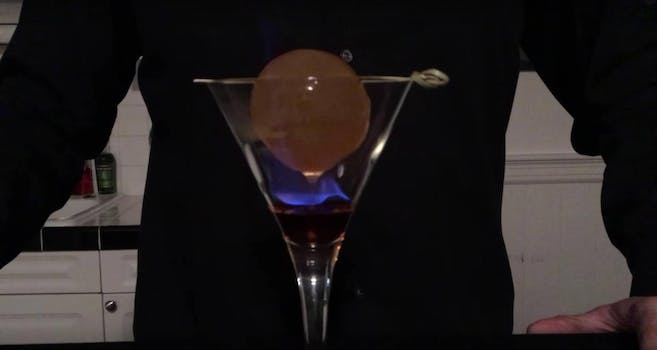 Perfect timing for the season 6 finale.

After last week’s Battle of the Bastards episode, the season finale for season 6 of Game of Thrones is sure to be a wild ride. But, how to celebrate such a thrilling season? With a thrilling cocktail, of course!

YouTube channel Cocktail Chemistry has a great (if a little labor-intensive) cocktail for you to dazzle your house guests with, inspired by the book A Song of Ice and Fire. Host Nick demonstrates a couple of advanced techniques that include making a hollow ice ball, filling it with a chilled cocktail, and then allowing some flaming rum to melt the ball before the drink itself douses the flames.

It’s certainly not a cocktail technique for beginners, and readers may not have the time and skills necessary to make the cocktail before tonight’s finale. The good news is you have a whole ‘nother year to perfect your cocktail skills to make this bad boy for the season 7 premiere.

And, if you want something a little simpler to drink, there’s always Ommegang’s Game of Thrones beers.