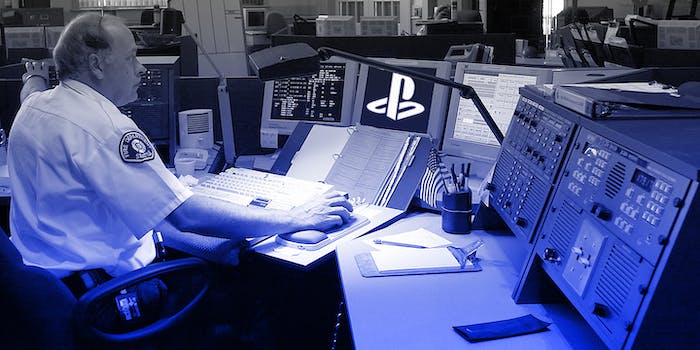 The police don’t perform Christmas miracles in the face of DDoS attacks, kid.

When you unwrap your new game console and can’t get online, it’s time to call the cops. Right?

Someone called the Palm Beach County Sheriff’s office to complain about the PlayStation Network outage that began over the Christmas holiday. If people hear about the FBI investigating DDoS attacks like those launched against PSN and Xbox Live by Lizard Squad, calling the local cops to see if they can help sort of makes sense—especially if you’re completely unfamiliar with the structure of law enforcement.

But this gamer in particular felt the outage was enough of an emergency to warrant a 911 call. The Palm Beach County Sheriff’s office shared a partial transcript of the call on Twitter.

No we don't know when they will restore service to Xbox or Playstation. Please Dial 9-1-1 only for emergencies. pic.twitter.com/nQCeWEEFP1

According to the report from West Palm Beach news channel WPTV, the 911 operator said “Yeah, I guess some people have been reporting it,” when asked by the caller about the PSN outage. Does that mean other people had also called 911 about Lizard Squad’s DDoS attacks?