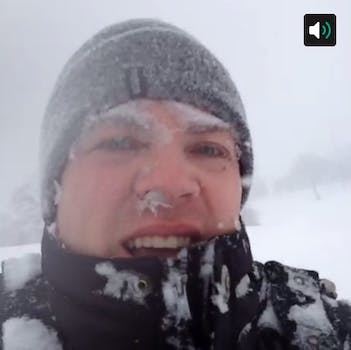 Vining Nemo: Watch the winter storm 6 seconds at a time

Weather emergencies are a time to shine for social media sites, and Twitter's new Vine video app is having its moment during today's Northeastern U.S. blizzard.

Vining Nemo wasn’t really that difficult after all.

As a blizzard named Nemo bore down on the East Coast of the U.S. Friday, hardy souls whipped out their delicate iPhones to capture the snow in all its might on Twitter’s new video-sharing app, Vine. Either that, or they were taking a snow day to hunker down and finally binge watch House of Cards.

It’s the perfect storm of a compelling technology and a big event to test it out on. As we saw with Superstorm Sandy and Instagram, visually telling the tale of a widespread weather emergency can reveal some compelling stories. Sure, you can check out Nemo-related Instagrams in realtime on Instablizz, but this is 2013, y’all. We vine things now.

This is how South Hackensack, N.J. looked around 7.30am ET this morning.

If you’re a jogger, chances are you don’t care about either the snow or what drivers think of you.

There’s a storm Bruin in Boston.

This is obviously the best part of winter.

This sideways vine shows the situation in Lexington, Mass., between 10am ET and noon.

A smart way to work out, under the circumstances.

Tasting the snow on a rooftop is everyone’s idea of Friday fun, right?.

Forget the dipstick test: just send your dogs out to measure the depth of the snow.

Finally, this happened in Toronto, not in the middle of Winter Storm Nemo, but was just too good not to share.