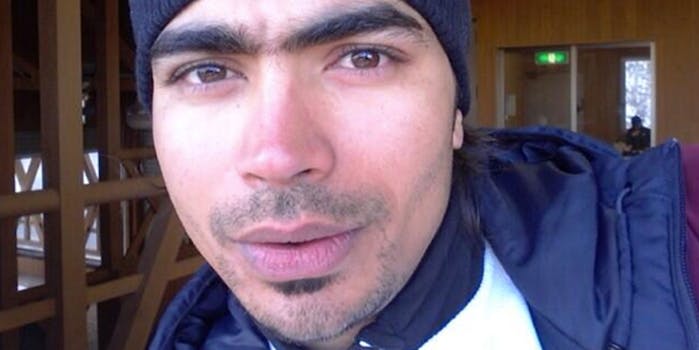 How India's Olympic suspension, a Dogecoin fundraiser, and a luger could create change.

Shiva Keshavan came in close to last in the luge competition at the Winter Olympics on Sunday, finishing in 37th place.

The results were the worst showing for the 32-year-old Indian, who has competed in four previous Winter Olympic games. But it’s hard to consider the event a failure for Keshavan. His fraught journey to Sochi may not have borne out a medal, but it may have resulted in something more for Keshavan, Indian athletes, and the cryptocurrency known as Dogecoin.

India is a country that doesn’t have a single luge track. While athletes from wealthier countries trained for the Olympics in professional facilities, Keshavan mastered the speed and balance required for luge on sheep-traveled roads in the foothills of the Himalayas near his home. On a sled modified with wheels, he dodged livestock while careening down pavement at more than 60 mph.

“You get animals, traffic, even people driving in the wrong direction. But I’m confident of my ability and I’ve never been injured,” Keshavan told Deutsche Welle.

Under such conditions, it’s a testament to Keshavan’s athletic talent that he even qualified for the Olympics. Yet he became the youngest luge contestant ever in 1998 when he qualified for the games in Nagano, Japan, at the age of 16. His dedication to the sport and his continued skill at it took him to Olympic competitions in Salt Lake City; Turin, Italy; Vancouver, Canada; and finally to Sochi.

Over the years, Keshavan has gotten by without significant financial support from his home country by borrowing and cobbling together equipment to compete. Though lack of facilities and improvised equipment created challenge enough, Keshavan had to deal with a new problem ahead of the games this year—one entirely out of his control.

The International Olympic Committee suspended India after it came under fire for electing corrupt officials to the Indian Olympic Association. The IOC said it would reinstate India if it corrected the problem with new elections, but those weren’t schedule to take place until the Winter Olympics had already started.

As a result, Keshavan had to compete as an independent athlete under the Olympic flag instead of under the saffron, white, and green of his home country’s banner. The shakeup also resulted in uncertainty about whether India would finance its athlete’s trip to the games.

Which is where Dogecoin comes in. After rallying to fund the Jamaican bobsled team’s trip to the Sochi, the Dogecoin Foundation and Reddit’s r/dogecoin community decided to adopt Keshavan’s cause, too.

They raised more than $7,000 in the meme-themed cryptocurrency to help fund Keshavan’s travel expenses. In the end, the Indian government came through with funding for Keshavan’s trip, but the generous gesture from redditors was widely reported, to the benefit of the community.

After Keshavan learned his trip would be paid for by India’s Ministry of Sports, he posted a note to r/dogecoin expressing his thanks.

Although I am very grateful and humbled by your generosity, I cannot accept funds for costs that have already been paid. I would like to see the funds you raised be used for a good cause. After speaking with the Dogecoin Foundation, we have decided to support two causes important to us and currently promoted by the Foundation, children and animals, by having the funds raised for the travel costs go towards to the Doge 4 Kids campaign. We are very busy during the Olympics, but afterwards we would be interested in sharing more with you about the charitable work we are doing in India with children and sports.

For a humble athlete who just wants to represent his country and his sport, the classy move to donate the funds doesn’t come as a surprise. And, the press Keshavan has attracted over India’s Olympic suspension, the Dogecoin campaign, and his hair-raising crash and recovery during a Sochi practice run, may actually help him with additional charitable work when he goes back home. His career is a testament to the dire need for better support for Indian Olympians and for programs to help young athletes in the 1.2 billion-person country cultivate their skills. Despite being the world’s second-largest country by population, India has won just 26 Olympic medals since 1900. With people like Keshavan pushing for children’s athletic programs, though, the sleeping giant just might wake.

In the end, it’s true that Keshavan didn’t bask in the glory of standing on the Olympic podium on Sunday. But in so many other ways he’s going home a winner.