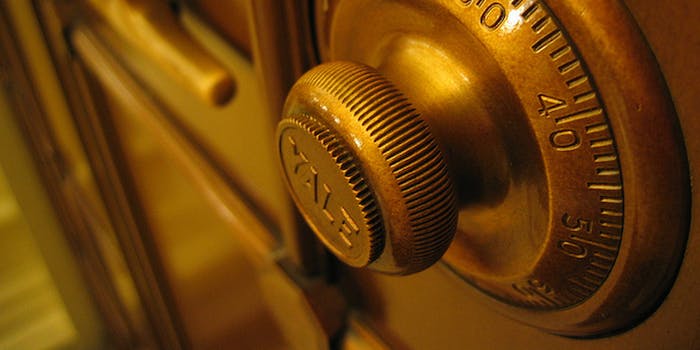 A sad update in the saga of Reddit’s legendary safe

The redditor first skyrocketed to fame in March 2013 when he shared pictures of a locked safe located in a property that a friend had recently rented. Curious redditors flocked to the thread, originally posted on the r/pics subreddit, to track the progress of cracking the safe. As anticipation grew, dont_stop_me_smee created the subreddit r/WhatsInThisThing to not only update his fans, but also for other redditors to share their own mystery safe stories.

As the weeks wore on, dont_stop_me_smee’s updates grew more and more sparse. Frustrated redditors turned on him, flooding every comment of his—safe-related or not—with downvotes. He was even herded into “Karma Court,” a subreddit that discusses redditors suspected of posting false or misleading content purely for karma. Soon, dont_stop_me_smee vanished altogether.

The redditor turned to the website for emotional support following the death of his grandmother.

“I’m so devastated. I don’t even know what to say. Clearing out their house is so heartbreaking, and some of my Grandads stuff is in dispute, so it’s tearing my family apart,” he wrote in a thread on r/self.

As far as the safe is concerned, dont_stop_me_smee provided redditors with information that wasn’t particularly earth-shattering.

“Shit’s still locked. Bought stepper motor from Jaycar, no idea wtf to do with it. Thought I’d have more time to learn and work on it. I wasn’t gonna post again until I’d actually done it, but I’m drunk and crying and I don’t care anymore,” he wrote.

The return of the subreddit’s creator naturally sparked reaction among the r/WhatsInThisThing community’s 80,000 subscribers. Posts chastising him for the safe were removed by moderators, leaving nothing but well-wishes.

“I don’t give a damn about that safe anymore really. I’m just glad he’s actually okay. Well it sucks to see him going through such a hard time but… it’s something I suppose,” Froghurt commented.

“People tend to forget that a lot of kids go on reddit and may that they may have a harder time dealing with frustration or the lack of instant gratification. I don’t know Smee but I wish him well in his time of grief, but I also hope he doesn’t take all the messages on reddit so seriously,” ProfessorZombieKill said.

Since the June 1 appearance, dont_stop_me_smee has not made any public comments.