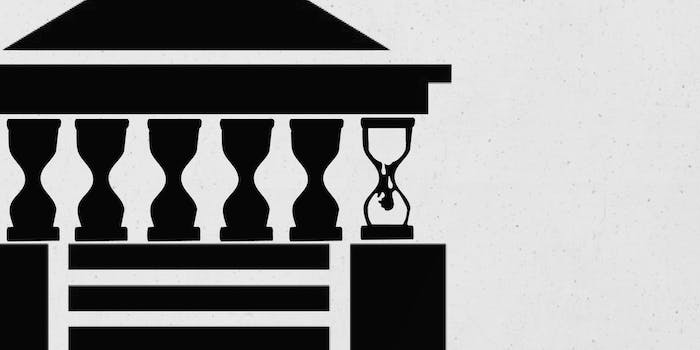 “PayPal 14” due in court May 13, Anonymous planning rally

14 people stand accused of participating in DDoS attacks against eBay-owned PayPal in 2011.

The PayPal 14, the group of people arrested in July, 2011 for launching a distributed denial of services attack against the online payment company in retribution for their canceling the account that was raising money for WikiLeaks’ Julian Assange, are back in court. This time it is a continuation of the “settlement conference” that took place in February.

That appearance, according to one of the defendants, Josh Covelli, was “an all day settlement conference with the government.” The defendants were told they would “be going in one at a time to talk to a non-biased judge who will weigh out whether the government or (the defendants) have a strong case.”

As to the outcome of that hearing, Covelli told the Daily Dot, “I can’t talk about what happened at the conference.  It’s completely sealed.”

As to the upcoming hearing, which is due to take place on Monday, May 13 at 9:30 a.m., Covelli told us, “I can’t tell you much, but I can say that the people who orchestrated court support are doing an amazing job.”

Like last time, Anonymous is planning on a public rally in support of the PayPal 14 at the U.S. District Courthouse in San Francisco. Last time, Covelli said, “One guy showed up outside with a huge flag and that was really cool.  Lots of internets to that guy.”

This get-together is “to support the heroes who allegedly dared to act against the gross media censorship by eBay’s subsidiary PayPal after terminating its donation processing service for Wikileaks when nation-states began targeting them for revealing international war crimes and crimes against humanity from the Bush-era of the ‘War on Terror.’”

The organizers are encouraging attendees to bring Guy Fawkes masks and signs.

“Oh and the most important thing,” added Covelli, “If you are coming to support bring juice, cause we have the thirst of champions.”