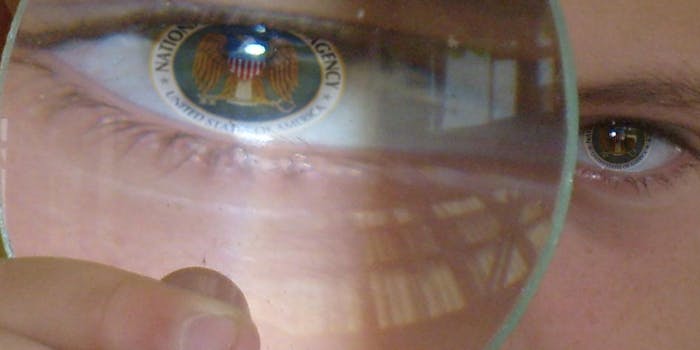 Did the U.S. use illegally obtained NSA intel to justify a drone strike?

A recently uncovered email cryptically suggests that NSA data may have been used in planning a 2008 missile strike.

American intelligence officials may have used National Security Administration data of questionable legality to plan a deadly missile strike against a Somali militant leader, according to defense attorneys in a terrorism-funding case who are calling for a new trial.

Lawyers for a group of four men who were convicted in February of a conspiracy to finance and support the Somali militant group al Shabaab say that a recently uncovered email cryptically suggests that data collected by eavesdropping on one of their clients, a U.S. citizen, may have been used in planning a 2008 missile strike.

If revealed to be true, the incident could shed new light on the extent to which the government uses information collected from its own citizens. It may also stoke the fires of an ongoing debate about domestic surveillance.

This week lawyers for the four men convicted of financing al Shabaab said an email between an unnamed FBI agent and an unnamed official from another federal agency suggest that one of their clients, U.S. citizen Basaaly Moalin, was being tracked in order to help uncover the whereabouts of Aden Hashi Ayrow, a senior leader for the militant organization who was killed in May 2008. Al Shabaab is the same group that recently carried out the lethal attacks on the Westgate shopping mall in Nairobi, Kenya.

“We just heard from another agency that Ayrow tried to make a call to Basaaly today, but the call didn’t go through,” the email from the FBI agent reads. “If you see anything today, can you give us a shout? We’re extremely interested in getting real time info (location/new #s) on Ayrow.”

Though vague, an attorney for the convicted financiers, who spoke to Reuters on condition of anonymity, said it was unclear if the information was obtained legally with a warrant. The email became available to defense attorney’s under evidence disclosure rules.

In their court filing, the attorneys say the email indicates that certain evidence may have been withheld by the government during the trial. They have asked for a new trial for all four of their clients, who were either U.S. citizens or residents living in San Diego.

But the revelation of the email has much broader implications for U.S. citizens concerned about their privacy rights in the wake of Edward Snowden’s bombshell revelations about NSA eavesdropping earlier this year.

Lawyers argue that the email suggest the use of NSA spying in this case went “beyond the scope of anything authorized by Congress or approved by the (Foreign Intelligence Surveillance Court) – unless of course that is the subject of another set of secret procedures and protocols yet to be exposed and subsequently acknowledged.”

The attorneys went on to say that the implications of ‘real time’ information hinted at in the email suggest that proper FISA court procedures, as they are currently understood by the public, were not followed.

The case of the San Diego al Shabaab financiers was trotted out by the intelligence officials in the wake of Snowden’s initial leak as an example of the positive influence of NSA surveillance. But these new revelations in the case could rouse concerns once again about how much oversight exist within the security state.

The NSA is not exactly known for transparent activities that abide the strictest letter of the law. An internal audit leaked by Snowden says the agency committed 2,776 violations during a 12-month period from 2011-2012.