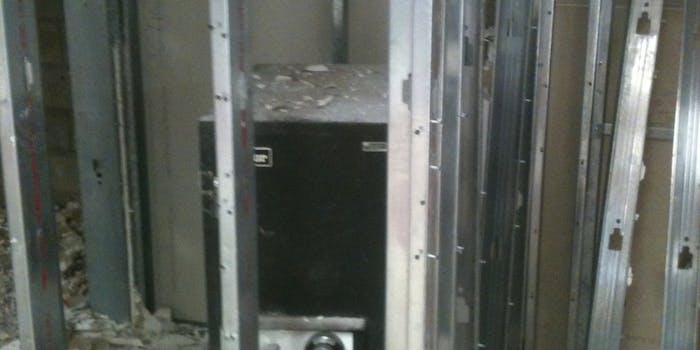 Reddit wants to open a long-dead casino owner's mystery safe. So does Oprah.

Last week we reported on Jordan Laub, a teenager who promised to open a safe, live on Reddit, that may have once belonged to a murdered Lake Tahoe, Nevada casino owner.

Now it appears the safe has attracted the attention of Oprah Winfrey’s television network, which will provide a locksmith and broadcast the opening.

Jordan Laub’s father, Mike Laub, discovered the hidden safe while renovating a casino building once owned by Richard Chartrand, who was killed by a car bomb in 1968.

Mike Laub told the Toronto Star that Google+ wanted to livestream the event and that Oprah Winfrey’s producers would be filming it for a series called Found.

But if Jordan Laub’s postings on Reddit are any indication, it appears Winfrey’s producers are attempting to land exclusive broadcast rights.

According to Jordan Laub, the show’s locksmith will open the safe on Labor Day, September 5. We’ll update this post with the specifics as soon as we learn them.

Meanwhile, Mike Laub told the Toronto Star that he’s eager to get back to work.

“I just want to get this over with so I can continue with my construction project.”

That’s because the safe has been inducing as much headache as entertainment. According to his son, two people have been caught trying to break into the building that houses the safe.

What would they have done if they’d gotten their hands on the safe?

“They were pretty big dudes,” Jordan Laub wrote on Reddit.