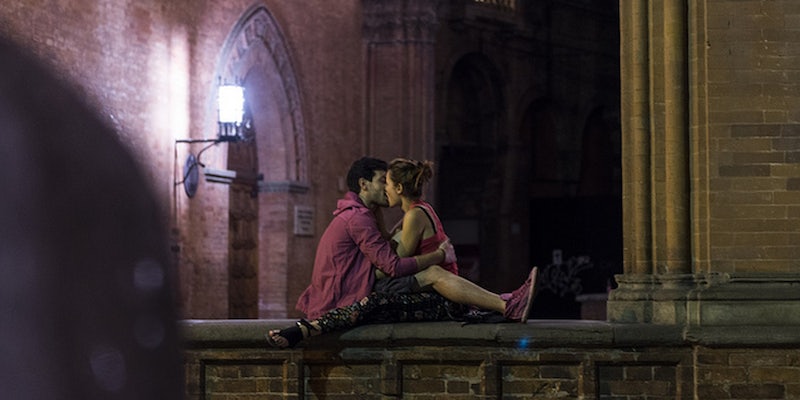 In the northeastern Morocco town of Nador last Friday, two teens were arrested and are currently in jail, for... kissing.

All the recent media reports of intrusive government surveillance, like the NSA’s allegedly “incidental” spying on American citizens, haven’t prevented people from getting arrested after using social media accounts, accidentally or on purpose, to document their crimes.

When it’s a crime like robbery or even violating parole, we may get a bit of schadenfreude at the “stupid criminal” element. But when the crime is as “Footloose” as one for which a couple of kids were arrested for recently in Morocco, it inspires pity and anger.

In the northeastern Morocco town of Nador last Friday, a teenage boy, 15-years-old, and girl, 14, were arrested and are currently in jail, for… kissing.

They were arrested after they posted a photo of their “crime,” committed outside their high school and taken by a 15-year-old friend, on Facebook. Technically, the crime was “violating public decency.”

Their arrest has inspired a sit-in protest outside of the juvenile detention center in Nador where they are confined. Ibtissame Lachgar, a co-founder of the Alternative Movement for Individual Liberties (MALI) in Morocco, has launched a campaign to post 1 million copycat photos online in support of the teenagers, according to the BBC. Lachgar put her money where her mouth was, posting a photo of herself kissing a fellow activist.

Preachers in some Moroccan mosques, however, have spent some of their time decrying the act and warning parents to keep more control over their children.

Chakib al-Khayari, president of the Rif Association of Human Rights, told the AFP that the couple would appear in court on Friday.

UPDATE: The teens were released to their parents Monday ahead of their trial for breaching public decency, the Bangkok Post reports. The friend who took the photo was also arrested and has now also been released. The three teens each face a maximum sentence of two years in prison.