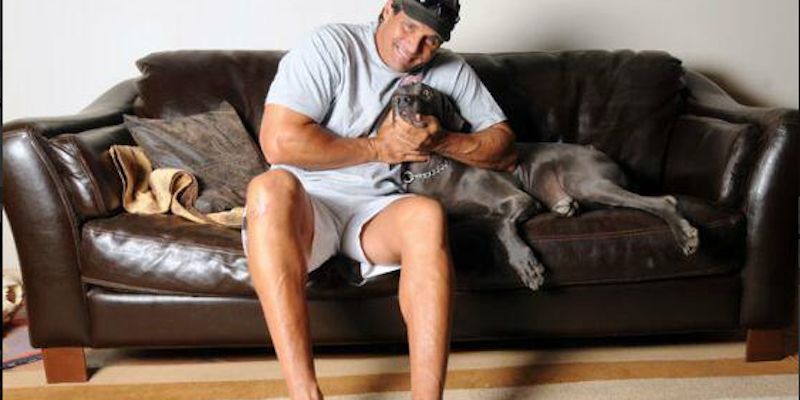 Jose Canseco wants you to call a “skank” and provided a cell phone—but the person at the end of the line sure sounds like a dude.

Canseco, the former baseball great and current living-art exhibit, tweeted someone’s phone number on Friday evening, along with the message “everyone call leila and tell her what a skank thief she is.” He was presumably referring to his model ex-girlfriend Leila Shennib.

The Daily Dot, in the interest of journalism, called that number—a San Fernando Valley area code. It might provide a clue, we thought, as to whether Canseco’s gonzo Twitter history is that of a truly unhinged person or just an elaborate prank.

This wouldn’t have been the first time the two have fought over Twitter. In fact, Canseco reportedly tweeted her phone number once before in July 2011, while Shennib delivered a series of harsh tweets in April of last year.

“Leila” didn’t answer. Instead, the phone went straight to voicemail. A male voice, identifying as “Jesse,” requested callers leave a message, but that voice mailbox was full.