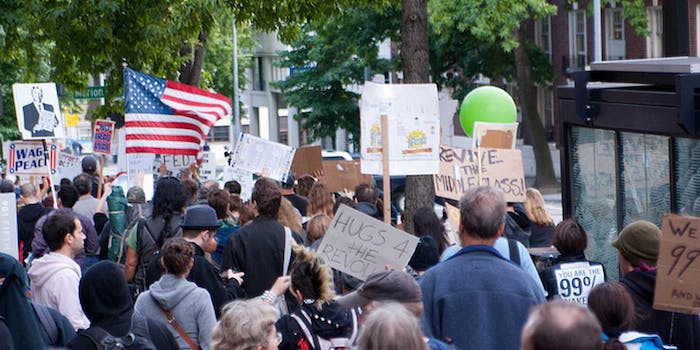 "Pardon him?!? Oh hell no. He shouldn't even be prosecuted. He should be given some sort of medal."

If you read whistleblower Edward Snowden‘s interview with the Guardian, you’ll know he was inspired by Reddit when he exposed PRISM, the program that lets the NSA monitor users of Google, Facebook, PalChat, and six other tech giants.

I have been surprised and pleased to see the public has reacted so strongly in defense of these rights that are being suppressed in the name of security. It is not like Occupy Wall Street but there is a grassroots movement to take to the streets on July 4 in defence of the Fourth Amendment called Restore the Fourth Amendment and it grew out of Reddit. The response over the internet has been huge and supportive.

The subreddit, created on June 8 by redditor timetoact2013, has already collected more than 8,300 subscribers. Its mission statement is a call for citizens to take back their government.

From its introductory section:

Are you outraged at the fact that the U.S. Government is secretly monitoring your private behavior without your knowledge or consent? Have you come to the conclusion that our government cannot be trusted, and that every branch of government is corrupt?

Do you want to do something about it, but don’t know what to do, or worse still do you feel like there is nothing you CAN do?

That is where the “tea party” movement succeeded, and the “Occupy” movement failed. To make this work, it needs to be about more than just “outrage,” but we need to have clear and concise demands, goals, and a plan to achieve them.

The subreddit’s demands include a removal of elected officials who violated the Fourth Amendment, the real of the Patriot Act and similar legislation, and the implementation of a fully transparent government.

So far, many posts on r/restorethefourth revolve around plans to stage peaceful protests in major U.S. cities on July 4. So far, gatherings are currently being planned for Boston, Philadelphia, and even Madison, Wisconsin.

“Yeah this is perfect timing both symbolically and practically. If this thing gets organized, I would definitely attend,” redditor soxfan17 commented in the thread for the Boston protest.

There is also interest in advertising the nationwide protests by taking out a full-page ad in the New York Times—and relying on crowdfunding to finance the project. Redditor slavemerchant suggested the idea and ultimately created a funding page on Indiegogo. So far, $173 has been raised out of the $100,000 goal.

r/restorethefourth also collects news and updates regarding Snowden’s recent whistleblowing, ranging from his now-famous interview on YouTube to reactions from high-profile commentators.

“Pardon him?!? Oh hell no. He shouldn’t even be prosecuted. He should be given some sort of medal,” redditor Armison commented in a thread about a White House petition crafted to officially pardon Edward Snowden.

As July 4 draws near, expect the list of cities and citizens participating in the movement to rapidly grow—fueled by the power of Reddit.