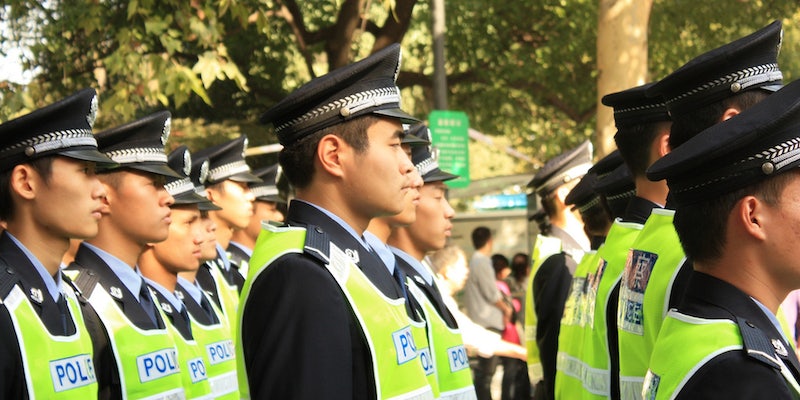 Chinese teen arrested for getting more than 500 retweets

The teen, named Yang, accused police of faking a suicide to cover up a murder

It took a little more than a week for China to make its first arrest under a controversial new law against “online rumors,” which criminalizes popular online posts—those by more than 5,000 people or reblogged more than 500 times—that start or spread false information.

Police announced they had placed a 16-year-old boy identified only by the surname “Yang” under criminal detention for a post on weibo—the popular Chinese form of microblogging—that criticized their handling of a suicide case in Gansu Province.

In a series of posts, Yang reported that police officers attacked members of the public at the scene of the suicide and beat up relatives of the deceased man. Yang also accused police of beating the man to death and staging the suicide to cover it up.

One of those posts—police wouldn’t say which one—was shared more than 500 times, a violation of the “online rumor” law passed on Sept. 9.

Although Yang is the only person to be detained under the law thus far, five others have been fined for their posts about the same incident. Police haven’t announced how long his detention will last.

The Chinese government argues the law is necessary to prevent the social and economic harms that online rumors cause, but Chinese Internet users see it as a chilling effect, meant to stop criticism of the government.