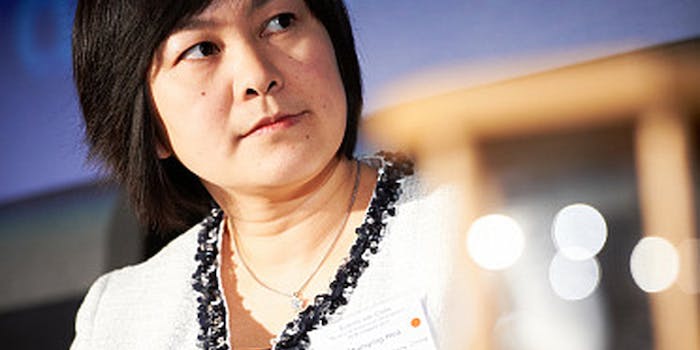 Just a week after a damning report accused China of state-sponsored hacks against U.S. companies, new allegations have arisen from Germany and France.

China would like other countries to stop accusing it of hacking, please.

A spokeswoman for China’s Foreign Ministry said she “hopes relevant parties will stop lodging accusations and work together to safeguard cyberspace security,” according to China Daily.

This is in response to the steadily rising stream of companies and governments around the world that have complained about Chinese hacks in recent months, culminating in an absurd number of major sites reporting attacks in February alone. Famously, a round of major news outlets—the Wall Street Journal, the New York Times, and the Washington Post, all admitted within a few days of each other that they’d been hit by Chinese hackers. Then Facebook, Twitter, and Apple all admitted they were hit in another campaign, also believed to have come from China.

It all seemed to come together on Feb. 18, when cybersecurity consulting firm Mandiant released a damning report that traced attacks to a single Chinese army building outside of Shanghai.

China, as it has with similar accusations in the past, denied the report the next day.

But now a few other countries are adding to the chorus. An Aeronautic company in Germany and France’s largest steelmaker say they’ve felt it, too. The BBC claims China is jamming its radio stations.

Just as China’s Department of Defense cited the country’s cooperation with the U.S. in its Mandiant denial, this most recent statement referenced the fact that China works with Germany and the U.K. in law enforcement efforts.

“China has cooperated in the areas of cyber security and law enforcement with 30 countries, including Britain, Germany, and Russia,” the Foreign Ministry’s Hua Chunying said.

Of course, while some U.S. politicians have used the Mandiant report to justify passing tougher cybersecurity laws, some experts have called the report’s fundamental logic into question.

Jeffery Carr, CEO of cybersecurity firm Tai Global, for example, notes that “Mandiant’s entire premise [is that…]no other conclusion is possible” but that China would be behind the attacks—even though other nations, like Russia and Israel, have both motive and means.

“My problem is that Mandiant refuses to consider what everyone that I know in the Intelligence Community acknowledges,” Carr wrote. “[T]hat there are multiple states engaging in this activity; not just China.”

Photo of Hua via Wikimedia Commons