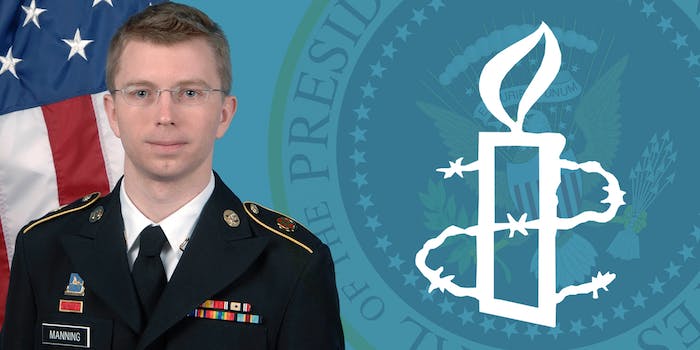 On Tuesday, the WikiLeaks whistleblower submitted a formal request for a presidential pardon for leaking military documents.

The petition comes two weeks after Manning was sentenced to 35 years in prison for uploading military reports and diplomatic cables to WikiLeaks.

Coombs referred to Manning as a “military whistleblower,” whose actions were “vital to the health of public debate” about the U.S. wars in Iraq and Afghanistan. Manning shared reports—referred to as the Afghan and Iraq War Logs—that reveal the extent of military and civilian casualties in both wars. Manning also uploaded a video depicting U.S. soldier killing two Reuters journalists as well as armed and unarmed civilians, but he was found not guilty of any wrongdoing in that case.

“The sentence was disproportionate to both the offense and the offender,” Coombs wrote. “It will undoubtedly have a chilling effect on future whistleblowers and damage the public’s perception of military justice.”

Manning has not yet filed an appeal for her conviction and sentence. On her request form, she wrote that her appeal is not expected to be filed before the end of 2014.

On her request form, Manning wrote that she decided to upload the military files to WikiLeaks because she felt that in fighting the “War on Terror,” the U.S. had “forgotten out humanity.”

Enclosed with the pardon petition was a letter of support from Amnesty International which cited the harsh conditions under which Manning was held for almost a year upon her arrest in 2010.

“While Bradley Manning faces many years in prison,” the letter argued, “numerous high-level officials have never been held accountable for the grave human rights violations committed during the United States’ ‘War on Terror.’ ”