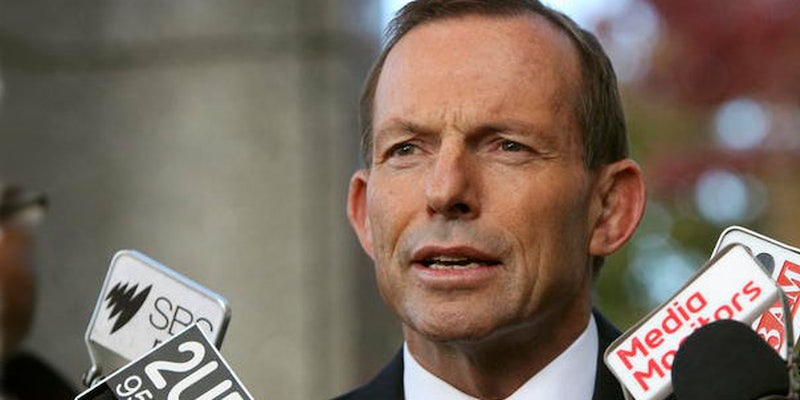 Tony Abbott's Liberal Party claims it has no idea where all his phony followers have come from.

Abbot’s total followers have jumped more than 50 per cent since June 18, while incumbent Kevin Rudd has seen only a 14 percent jump.

News Corp. Australia analyzed a sample of the followers and found that 99 percent were “questionable,” meaning that they “either tweeted no more than once, tweeted in at least three languages, tweeted non-sentences, are based in foreign countries, or have no more than a single follower.”

It’s actually not that expensive to buy fake followers. “Buy More Fans,” a company that specializes in this kind of pointless vanity service, will send 10,000 new followers your way for just $70. So, really, anyone could be responsible for Abbott’s army of fake fans.

Big surprise then that the Liberal Party claims it’s shocked—shocked!—that this is happening, and says it’s “investigating” the incident. The implication is that Rudd’s Labor Party purchased the followers as part of a political prank—a little egg in Abbot’s Twitter face. If that was the plan, it certainly worked. It makes you wonder: maybe Mitt Romney’s surge in followers back in the 2012 election wasn’t a social media blunder. Maybe it was all Obama’s fault to begin with.