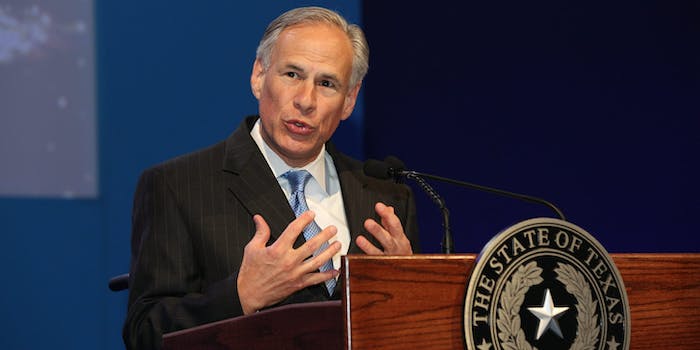 The law goes into effect on Sept. 1.

The bill establishes both criminal and civil penalties for local governments and law enforcement agencies that don’t comply with immigration laws and detention requests.

There was no advance warning for the Facebook Live signing on Sunday evening, according to NPR.

“Let’s be clear about something, we all support legal immigration—it helped to build America and Texas,” Abbott said during the broadcast. “Texas strongly supports the legal immigration that has been a part of our state from our very beginning. But legal immigration is different from harboring people who have committed dangerous crimes.”

Posted by Office of the Governor Greg Abbott on Sunday, May 7, 2017

Abbott cited Travis County Sheriff Sally Hernandez who declared that “she would not detain known criminals accused of violent crimes.”

In a statement posted to the County Sheriff’s website, Hernandez said it was “unfortunate that fear and misinformation” lead toward the measure being signed by Abbott.

“I am disappointed, because this is not in the best interest of public safety,” she said in the statement. “It ties the hands of our law enforcement agency and pushes victims of crime into the shadows.”

The new law would fine government agencies up to $25,500 each day it is violated, according to CNN. It would also carry a misdemeanor charge for sheriffs, police chiefs, and other law enforcement officials who do not comply with detention requests and would allow for elected officials to be removed from office, the station reported.

The law will go into effect on Sept. 1.