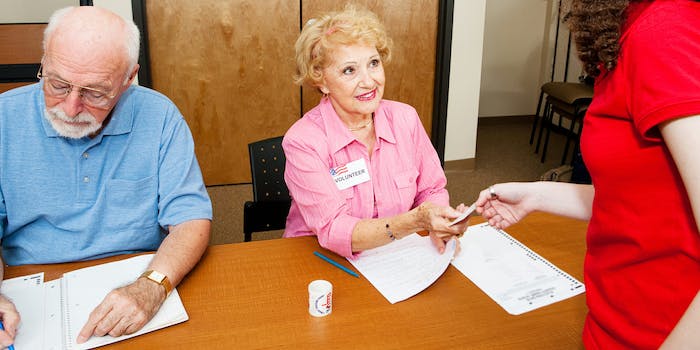 The United States Supreme Court on Monday refused to hear a Republican-led bid to revive a controversial North Carolina voter-identification law that a lower court struck down for suppressing the votes of black Americans.

The law was originally passed by North Carolina’s Republican-majority legislature in 2013, just weeks after the Supreme Court lifted the federal safeguard that required pre-approval before a state with a history of discrimination could change its election laws.

The North Carolina law required that voters present a form of official photographic identification, such as a driving license or passport, before they could cast a ballot.

Despite having been signed off by the state’s Republican governor in 2013, it was shot down in July 2016 by the Fourth Circuit Court of Appeals, which argued that the law targeted black voters “with almost surgical precision.”

Opponents of the law asserted that the ID requirement would disproportionately disenfranchise minority populations and block participation, claiming that these demographic groups may be less likely to hold an official photo ID.

Among the ample research exploring the impact of voter ID laws, the Washington Post performed a study looking at the spread of this kind of legislation across the country throughout the past decade, primarily in Republican-held jurisdictions. It found that where this legislation had been implemented, politics had pivoted to the right. Other studies challenge the idea, claiming that voter ID laws do not lead to voter suppression.

Chief Justice John Roberts, however, was keen to communicate that the North Carolina law itself was not the reason for the Supreme Court’s declining to hear it on Monday. Instead, he cited the ongoing confusion over who exactly is bringing the case.

Although the appeal was submitted by the former Republican state governor Pat McCrory, he has since been replaced by Democrat Roy Cooper—who has tried to withdraw the case.

The Supreme Courts refusal to hear the case leaves in place the Fourth Circuit’s suspension of the legislation.