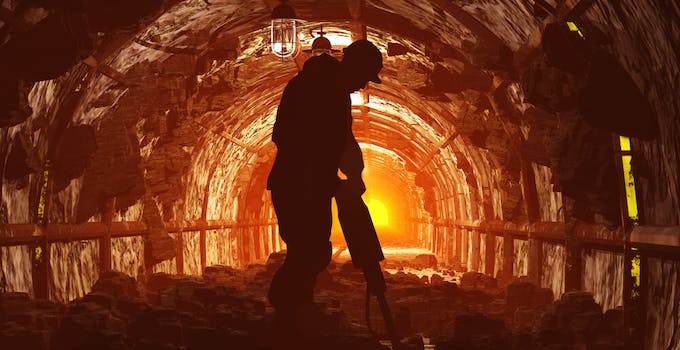 Joe Biden tells coal miners to learn how to code

In a throwback to Twitter wars of yesteryear, Joe Biden told coal miners to 'learn how to code' at a rally in New Hampshire.

Joe Biden gave America déjà vu the other day at a rally in Derry, New Hampshire, when he told coal miners to learn how to code.

Saying “Anybody who can go down 3,000 feet in a mine can sure as hell learn to program as well,” Biden also bafflingly added that “Anybody who can throw coal into a furnace can learn how to program, for God’s sake!” even though that isn’t actually a part of coal mining.

My kid (not quite three) conflates "pretending" with "learning." He stands with his arm up in the air and says "I'm leaning to be the Statue of Liberty." This is what I think of when Joe Biden says people who toss coal in a furnace (??) will learn to code.

People across the political spectrum were unimpressed by this take, pointing out that the skills involved in coal mining aren’t actually transferable to programming and that Biden’s speech in particular was especially patronizing.

A few corrections: coal miners don't in fact throw coal into furnaces, not everybody who can throw coal into a furnace can learn to program, and Joe Biden isn't (as a plurality of Democrats believe) the most electable candidate they have. https://t.co/yJpzCxoagX

Rank stupidity from #JoeBiden.
Few programmers would last a day working a coal mine.
Few coal miners could compete as a modern programmer without a decade+ of training & experience, if ever.
The innate talents & developed skills required are completely different. https://t.co/RLTjDsENER

Because coal miners do so much more than just “throw coal into a furnace”. My grandfather was a coalminer, in Pennsylvania, and he worked hard hours doing dangerous & honest work. Survived an explosion. Went back in until he retired.

There are plenty of other industries and professions—from carpentry to installing solar panels—where the skills learned from coal mining are extremely valuable. As such, Biden’s choice of “coding” for an alternative career seems a particularly poor and strange choice. The green energy industries, which will need to expand to replace coal’s place in supplying America’s electricity, would have seemed the natural choice for redirecting coal workers into instead, something commentators online have been quick to point out.

Joe Biden tells coal miners they should 'learn to build wind turbines, solar panels and other green technologies of the future.' Oh, sorry.https://t.co/mi8jY6jmDV via @YahooNews

Exactly. There are many many future jobs in doing the right thing, that is, environmentally adapting american infrastructure. It is called big government, or the Green new deal, and we better get with the program now.

Meanwhile, coal miners CAN learn to work in green energy, for example, installing solar panels, and they ARE in fact learning how to do this JUST AS FUCKING HILLARY CLINTON SAID

It’s possible that Biden’s remarks were intended as a counterpoint or jibe at fellow candidate Mike Bloomberg—who kicked off the whole learn to code meme on Twitter last year when he said “You’re not going to teach a coal miner to code. Mark Zuckerberg says you teach them [people] to code and everything will be great. I don’t know how to break it to you … but no.” If so the attempt fell flat, coming across instead as a tone-deaf failure to understand the issues faced by coal miners or the reality of either industry.

Twitter spent much of 2019 banning people for saying, "Learn to code." Meanwhile, Joe Biden ended the year by saying coding was so easy a coal miner could do it. @StillCrankyAF <—possible caveman. pic.twitter.com/HEoelRsu9G

Yeah, learn to code. And just like when I left college with programming qualifications, they won't be able to find a job worth a damn either.

another day down in the coal mines, where i mine the coal and then immediately throw it into the underground coal furnace

Anybody 'Can Learn How to Program, for God’s Sake!'#Malarkey from a guy who doesn't know how to program.https://t.co/VxBHtoi0zo

Biden’s remarks have certainly provided fuel for his political enemies, with both Republicans and the Democrats who oppose him latching on to his statements as yet more proof that Biden isn’t fit to be either the Democratic nominee or the president.

The Democrats have abandoned the working class of America!

You’re so out of touch with the working class
Telling coal miners to learn to code?
How about great Blue collar jobs in green energy?
Those plants could open in their own towns
You’re repeating 2016
Out
Of
Touch
If Biden gets pushed in- y’all gonna be pissed off
Trump will win

may as well call them 'deplorables' while you're at it. You have called them 'useless'. You can be assured they are NOT…

And a lot of people are comparing him to those who were banned from Twitter for telling newly unemployed journalists to learn how to code—and asking if he’ll also be banned for saying it. Though it’s a false equivalence—Biden’s speech lacked the harassment component of mass replying the same thing over and over to individuals specifically in order to upset them—it’s still a very bad look for the wannabe president.

Joe Biden should be telling the fake news media purveyors to learn to code since they'll be the ones out of a job!

Hang on. Didn't @Twitter have a meltdown and start shutting down accounts when we told #fakenews Journalists to "Learn to code"? So, I guess they'll ban Biden now? https://t.co/q8DqlfEoTn #FoxNews

Guess "learn to code" is OK for coal miners out of a job, but not OK for left wing journalists out of a job? Amazing hypocrisy.