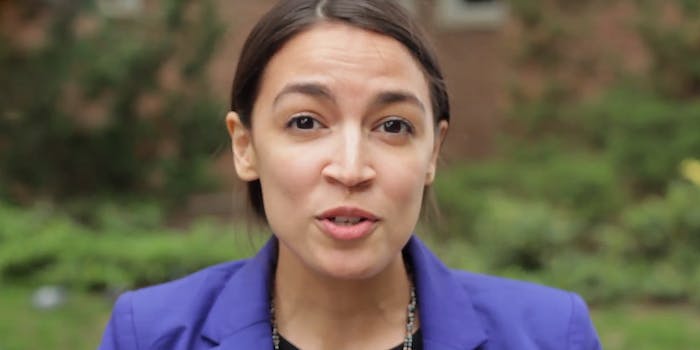 This Twitch fundraiser for a trans charity was the biggest gaming story of the weekend.

The Twitch stream had already been going for two days straight when Ocasio-Cortez showed up, and had raised close to $200,000 for the trans children’s charity Mermaids UK. Hosted by British YouTuber Hbomberguy (aka Harris Brewis), this online telethon began on Jan. 18 and saw tens of thousands of people watch him play Donkey Kong for 57 grueling hours— pausing occasionally for naps. It began as a response to a transphobic sitcom writer, and ended as an international political event, featuring appearances from Ocasio-Cortez, Chelsea Manning, and the hosts of Chapo Trap House.

By the time Hbomberguy finished the game on Sunday night, they’d raised $340,000.

Here’s @aoc talking about how Nintendo 64 was the best system. She’s on @twitch helping to raise money for trans kids. pic.twitter.com/cJIfUif1mv

How did the Hbomberguy Twitch stream begin?

Hbomberguy already had a significant fanbase on YouTube, so his Twitch audience didn’t come out of nowhere. However, no one could predict how big this stream would become.

When Hbomberguy started streaming on Friday, his main inspiration was a desire to publicly defeat the TV comedy writer Graham Linehan. Best known for creating the sitcoms Black Books, The IT Crowd and Father Ted, Linehan has since become a figurehead of Britain’s anti-trans movement. He’s an infamous figure on Twitter, regularly posting transphobic content and, last year received a verbal warning from British police.

Linehan has a particular dislike for Mermaids, a charity that provides support for gender nonconforming children. Mermaids was due to receive a grant from Britain’s Big Lottery Fund, but after a public misinformation campaign spearheaded by Linehan, the Fund put its grant “under review.” This campaign relied on inaccurate conspiracy theories about children being pressured to medically transition, feeding into a growing mood of anti-trans paranoia in British media.

In reality, Mermaids provides support networks for gender nonconforming children and their families, and works with schools, social services, and children’s organizations to reduce transphobia.

Hbomberguy saw this situation unfold in the news, and as an trans ally, he decide to do something about it. Last Monday, he posted a video announcing his plan to raise money for Mermaids by livestreaming Donkey Kong 64. For those who don’t use Twitch, it’s a pretty simple set-up: The host plays video games (or whatever) while viewers watch live, with a group chat in the sidebar and, in this case, guests calling in to co-host the show.

Ocasio-Cortez’s appearance was brief but effective, speaking eloquently about income inequality, trans rights, and her favorite classic video games (Super Mario 64 and Pokémon Snap). She’d previously mentioned the stream in a Twitter thread about the sexist connotations of politicians being expected to have “gravitas.”

Ocasio-Cortez was also responding to Aaron Sorkin saying that young Democratic lawmakers should “stop acting like young people,” saying they are too caught up in matters he found frivolous, like transgender bathroom rights.

Visiting Hbomberguy’s Twitch stream was a perfect way to prove people like Sorkin wrong. Here was a group of teens and millennials using something ostensibly frivolous (Donkey Kong) to have a serious political conversation —and raise a mindblowing amount of money for charity.

Both Ocasio-Cortez and Hbomberguy were inspired to do something constructive after hearing a middle-aged TV writer bloviate about issues he didn’t understand. And once again, Ocasio-Cortez proved that she has a better grasp of internet culture than any other mainstream figure in U.S. politics. Most members of Congress probably don’t know what Twitch even is, never mind how it could be a useful political tool.