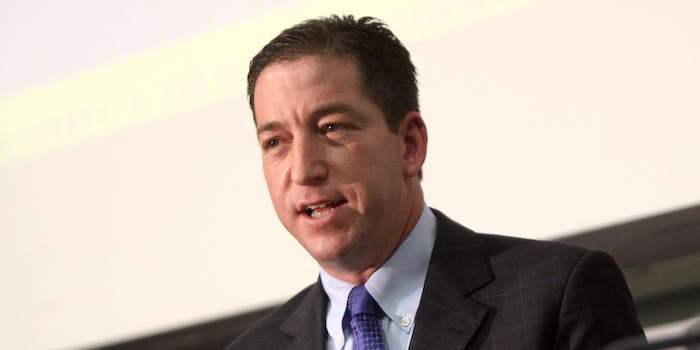 The high-profile reporter is at the center of a new controversy.

Journalist Glenn Greenwald has been charged with cybercrimes in Brazil, according to a new report from the New York Times.

Greenwald, who infamously published leaked documents from Edward Snowden that revealed the extent of U.S. surveillance, lives in Brazil, and has been reporting on corruption in the Jair Bolsonaro administration. He has become a become a target for his work.

Greenwald and his team at the Intercept have reported on the arrest and imprisonment of former Brazilian President Luiz Inácio Lula da Silva, which appears to have been the work of Bolsonaro loyalists, which prevented Lula from running against him in 2018.

The basis of the reporting was a trove of documents leaked to the Intercept. Four people were arrested for allegedly hacking the documents.

Now, Greenwald is being charged by a government that he has repeatedly reported on.

In the complaint, Greenwald is accused of being part of a “criminal organization” for his role in spreading the hacked messages.

Update 1:45pm CT: In a statement released on Twitter, the Intercept said that it is”appalled” at the “politically motivated charge.”

The Intercept noted that the evidence against Greenwald was previously analyzed by Brazil’s Federal Police, which had determined Greenwald hadn’t engaged in any wrongdoing. The new site called the efforts by the Dolsonaro government “retaliation” for its journalism.