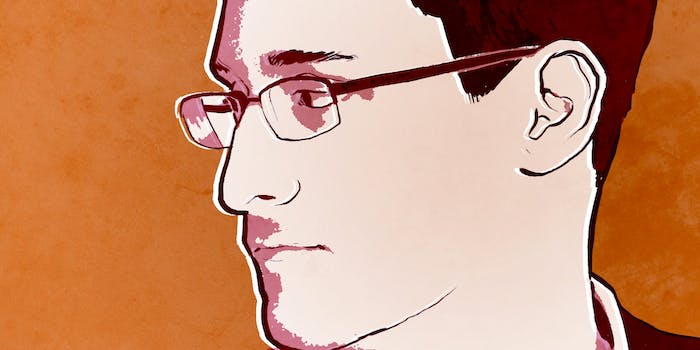 The Intercept has started to release batches of previously unseen Snowden files.

“We are, beginning today, publishing in installments the NSA’s internal SIDtoday newsletters, which span more than a decade beginning after 9/11,” journalist Glenn Greenwald announced on the Intercept’s website on Monday. “Our first release today contains 166 documents, all from 2003, and we will periodically release batches until we have made public the entire set.”

Greenwald describes the posted files as ranging “from serious, detailed reports on top-secret NSA surveillance programs to breezy, trivial meanderings of analysts’ trips and vacations, with much in between.”

Though Intercept journalists have already sifted through them—not just to redact the names of “low-level functionaries,” but to extract articles of their own—Greenwald encouraged others find stories amongst the trove.

“We encourage other journalists, researchers, and interested parties to comb through these documents, along with future published batches, to find additional material of interest,” Greenwald wrote. “A primary objective of these batch releases is to make that kind of exploration possible.”

The news stories derived from Snowden’s 2013 leak were published quickly at first, but as the pace slowed to a trickle, critics grew angry, saying that as the unreleased documents collected dust, they were also shedding their timeliness.

“We’ve sort of been criticized of being the gatekeepers of the information, and that it has taken us too long to publish some of these stories,” Greenwald told Newsweek in 2015, “and that in some sense we are performing the same role as the NSA by keeping secrets, by not just taking what we have and shoving it all on the Internet.”

But Greenwald has maintained that the pacing was part of his agreement with Snowden: It ensured that each revelation was buttressed by thorough reporting and necessary context.

“[Snowden] wanted it reported story by story; he didn’t want it just thrown up on the Internet,” Greenwald told Newsweek. “If he wanted that, he wouldn’t have needed me. He would have done that himself.”

Why the change of heart, then? While he did not yet respond to our request for comment, Greenwald suggests in his Monday article that it isn’t a change of heart at all.

Determining the best way to report on the disclosures has always been a knotty process, according to Greenwald, tangled by conflicting values. But also opening up the full Snowden archive to more journalists, he writes, will “facilitate reporting and disclosure while fulfilling our obligations to the public and to our source.”

Journalist Tim Shorrock, who has persistently criticized Greenwald for not opening up the Snowden collection, says this day is long overdue. “Daniel Ellsberg released the Pentagon Papers to every paper that would take them in 1971, and the Snowden documents should have seen the same light,” he says in a Twitter direct message. “I’m glad Glenn Greenwald has listened to critics such as myself, and I look forward to going through these newly released documents.”