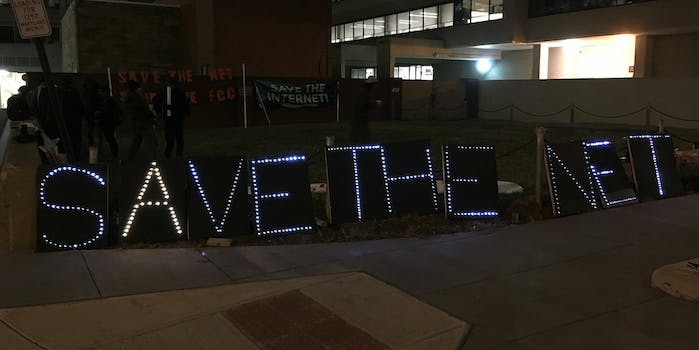 California tries to save net neutrality by passing its own rules

California is the third state to propose its own net neutrality rules after the FCC's vote.

While the FCC’s repeal of net neutrality rules prevented states from creating their own, California joined New York and Montana who are forging ahead and crafting laws in light of the agency’s controversial vote, Ars Technica reports.

Pushback against the FCC’s decision to end net neutrality, which ensures that all internet traffic be treated equally, is not coming just in the forms of laws–21 states and the District of Columbia have sued the FCC following its vote.

“It is the intent of this act to ensure that corporations do not impede competition or engage in deceptive consumer practices, and that they offer service to residential broadband internet customers on a nondiscriminatory basis,” the bill reads.

The bill now goes to the State Assembly, where Democrats have an overwhelming majority.

“There has been a lot of talk around the country about how to respond to the recent decision by the Federal Communications Commission to repeal net neutrality rules, which keep the internet free and open. It’s time to actually do something about it,” Montana Gov. Steve Bullock said in a statement. “This is a simple step states can take to preserve and protect net neutrality. We can’t wait for folks in Washington, D.C., to come to their senses and reinstate these rules.”

You can read more about California’s bill here.