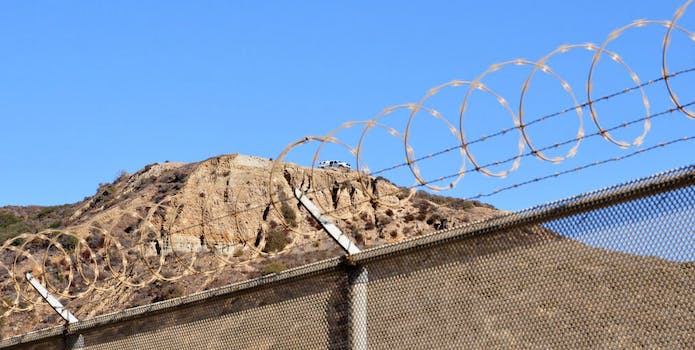 9,500 Border Patrol officers are members of the secret group.

Nearly 9,500 U.S. Customs and Border Patrol officers are members of a secret Facebook group that has mocked immigrants and Democratic lawmakers alike with vulgar jokes, memes, and threats, according to a ProPublica report.

This just broke: a secret Facebook group of 9,500 CBP officers discussed making a GoFundMe for officers to harm myself & Rep. Escobar during our visit to CBP facilities & mocked migrant deaths.

This isn’t about “a few bad eggs.” This is a violent culture. https://t.co/SkFwThHElx

“There are 20,000 TOTAL Customs & Border Patrol agents in the US,” tweeted Rep. Alexandria Ocasio-Cortez (D-N.Y.), one of the group’s targets. “9,500–almost HALF that number–are in a racist & sexually violent secret CBP Facebook group.”

Created in August 2016, the group is called “I’m 10-15,” a play on the Border Patrol code 10-15, which means “aliens in custody.” Members of the Facebook group joked about migrant deaths, responding to a news story about one death with, “Oh well,” and “If he dies, he dies.”

Members of the group also shared vulgar memes of Ocasio-Cortez, one of which depicts her engaging in oral sex with a detained migrant at a detention center.

Another image shows President Donald Trump smiling and forcing Ocasio-Cortez’s head toward his crotch. The person who posted the image wrote, “That’s right bitches. The masses have spoken and today democracy won.”

Lawmakers are calling the Facebook page “disgusting” and “disturbing.” Rep. Joaquin Castro ((D-Texas) said the agents in the group “don’t deserve to wear any uniform representing the United States of America.”

This is disgusting and disturbing!

This is the agency we trust to address the migrant crisis at the border?

This only confirms our worst fears. We cannot continue to give blank checks to ICE and CBP. https://t.co/W2qB6CZcD0

These agents don’t deserve to wear any uniform representing the United States of America. https://t.co/O4cqUErjjG

Ocasio-Cortez and Rep. Veronica Escobar (D-Texas) visited a migrant detention center in Clint, Texas, on July 1. Members of the 10-15 Facebook group posted about the impending visit. Members urged CBP agents to “throw a burrito at these bitches”–even going so far as to offer money to the one who would. Others said, “Fuck these hoes,” and “There should be no photo ops for these scum buckets.”

In response to the ProPublica article, Customs and Border Protection (CBP) is now investigating the Facebook group.

“These posts are completely inappropriate and contrary to the honor and integrity I see–and expect–from our agents day in and day out. Any employees found to have violated our standards of conduct will be held accountable,” Border Patrol Chief Carla Provost wrote in a statement released on Friday afternoon.

Today, CBP was made aware of disturbing social media activity hosted on a private Facebook group that may include a number of CBP employees. CBP immediately informed DHS Office of the Inspector General and initiated an investigation. Full statement: https://t.co/JdPNcZz36S pic.twitter.com/9f7BgKKrgU

Update, 11:15am CT, July 5: A series of reports that surfaced four days later alleged CBP knew about the group for years. According to Politico, the group was reported to Border Patrol officials as far back as 2016.