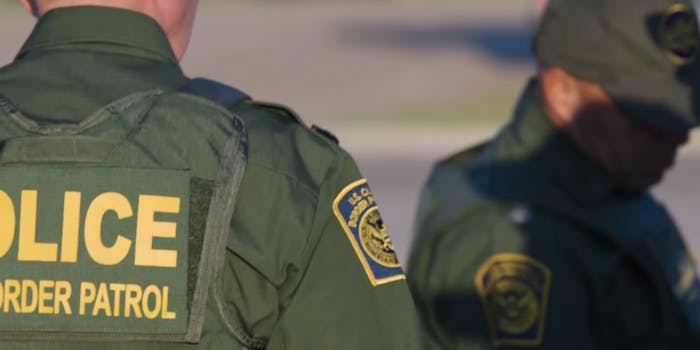 CPB said it was made aware of the group on July 1.

Customs and Border Protection (CBP) claimed it was “made aware” of the secret, racist, and sexist Border Patrol Facebook group on July 1 when ProPublica dropped an explosive report. However, reports are now surfacing alleging CBP knew about it for years.

Politico spoke with a current and former Department of Homeland Security (DHS) official, who told the publication that concerned Border Patrol agents reported the group to top officials in as far back as 2016.

The two officials did not know if the members of the group, dubbed “I’m 10-15,” were reprimanded in any way.

Close to a whopping 9,500 current and former Border Patrol agents belong to the group. There are roughly 20,000 active agents in total.

Members of the group mocked migrant deaths as well as Rep. Alexandria Ocasio-Cortez (D-N.Y.) In one instance, they shared doctored images of Ocasio-Cortez engaging in oral sex with a detained migrant.

Acting DHS Secretary Kevin McAleenan and Border Patrol Chief Carla Provost both released statements after the public was made aware of the group.

The official Twitter account for CPB wrote that on July 1, when the news broke, CBP was made aware of the group.

“Today, CBP was made aware of disturbing social media activity hosted on a private Facebook group that may include a number of CBP employees,” the account wrote, along with Provost’s statement. “CBP immediately informed DHS Office of the Inspector General and initiated an investigation.”

Today, CBP was made aware of disturbing social media activity hosted on a private Facebook group that may include a number of CBP employees. CBP immediately informed DHS Office of the Inspector General and initiated an investigation. Full statement: https://t.co/JdPNcZz36S pic.twitter.com/9f7BgKKrgU

Reporting this week highlighted disturbing & inexcusable social media activity that allegedly includes active Border Patrol personnel. These statements are completely unacceptable, especially if made by those sworn to uphold the @DHSgov mission, our values & standards of conduct.

The group is now being investigated by the DHS.