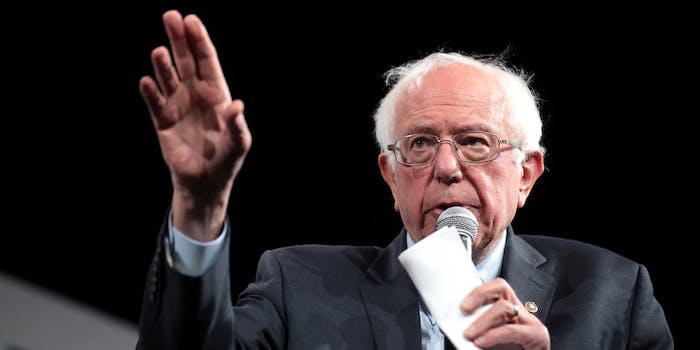 The plan calls for investing in municipal broadband and restoring net neutrality, among other things.

Sen. Bernie Sanders (I-Vt.), a 2020 Democratic presidential hopeful, unveiled on Friday a plan that would provide funding to municipalities, states, and others to build their own publicly-owned broadband networks in an attempt to bridge the digital divide in the United States.

The plan also calls for using “existing antitrust authority” to break up internet and cable companies.

In the plan, called “High-Speed Internet For All,” Sanders essentially proposes treating broadband like a public utility. As part of this, Sanders said, if elected, he would provide $150 billion in grants to localities to build “publicly owned and democratically controlled, co-operative, or open access broadband networks.”

“It’s time to take this critical 21st century utility out of the hands of monopolies and conglomerates and bring it to the people while creating good-paying, union jobs at the same time,” the plan reads. “This is not a radical idea. Cities across the country deliver municipality-owned, high-speed internet to their residents, from Chattanooga, Tennessee, to Lafayette, Louisiana.”

The idea of municipal or state level broadband options has the backing of some experts.

Meanwhile, Sanders calls for breaking up internet and cable monopolies and stopping them from being able to “gouge consumers and lobby government at all levels to keep out competition.”

Additionally, Sanders calls for Congress to pass a net neutrality law to “prevent a future FCC from repealing them once again.”

Sanders is a co-sponsor of the Senate version of the Save the Internet Act, a bill that would essentially restore the 2015 Open Internet Order that was repealed by the FCC.