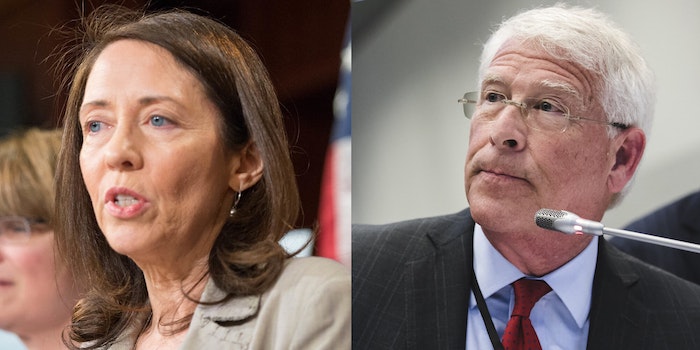 Democrats and Republicans talked about a possible online privacy bill on Wednesday.

Democrats and Republicans heard from experts on Wednesday as they continue to discuss a potential federal data privacy bill during a Senate Commerce Committee hearing.

The hearing, titled “Examining Legislative Proposals to Protect Consumer Data Privacy,” came as a flurry of privacy bills have been proposed among members of Congress. The bills, which diverge on certain points, are the starting points for lawmakers as they seek common ground on any potential bill moving forward.

The committee heard from a panel of witnesses including: Julie Brill, Microsoft’s corporate vice president and deputy general counsel and a former FTC commissioner; Maureen Ohlhausen, the former acting chair of the FTC and co-chair of the 21st Century Privacy Coalition; Laura Moy, the executive director of the Georgetown Law Center on Privacy and Technology; Nuala O’Conner, the senior vice president and chief counsel of digital citizenship at Walmart; and Michelle Richardson, the director of privacy and data at the Center for Democracy and Technology.

The bills put forward from both Democrats and Republicans have some key differences.

Sen. Maria Cantwell (D-Wash.), the ranking member of the Senate Commerce Committee, unveiled a sweeping data privacy bill last week that proposed forcing tech companies to explain what they are doing with users’ data, and allowing users to opt-out of their data being transferred to third parties.

One of the major points of the bill is that it would not preempt state laws if they don’t violate it, and would allow users to sue major tech companies for violating it.

Meanwhile, Sen. Roger Wicker (R-Miss.), the chair of the committee, on Tuesday said that a draft of his own bill would set a federal standard that would preempt state-level laws—such as the one in California that is set to go into effect next year.

Wicker’s bill veers from Cantwell’s in that it would preempt state laws and wouldn’t allow users to sue companies for violating it, according to Reuters.

Last month, another bill was proposed the House of Representatives by Rep. Anna Eshoo (D-Calif.) and Rep. Zoe Lofgren (D-Calif.).

Their bill proposes creating a new federal agency to enforce its regulations.