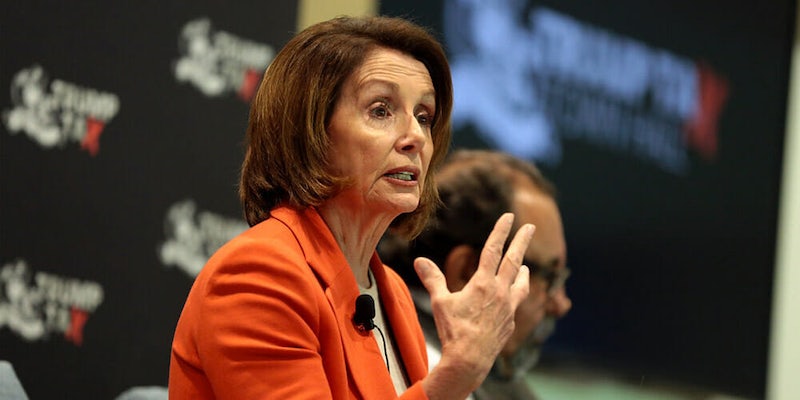 A viral video of House Speaker Nancy Pelosi (D-Calif.) has been altered to make the politician appear drunk, the Washington Post reports.

The video, taken from Pelosi’s appearance Wednesday during an event held by the Center for American Progress, is said to have been “subtly edited to make her voice sound garbled and warped.”

Citing outside researchers and analysis from its own journalists, the Post states that the clip, which has been viewed nearly 1.5 million times on one Facebook page alone—Politics WatchDog—was not only slowed to “75 percent of its original speed” but that Pelosi’s pitch was changed “to possibly correct for how that speed change would deepen her tone.”

While it remains uncertain where the altered video originated from, the practice of manipulating and spreading such videos appears to be growing.

The Post also points to a now-deleted YouTube video with more than 28 million views that similarly attempted to make Pelosi appear intoxicated.

Concerns over such misinformation have become increasingly heightened as the 2020 presidential election approaches.

Hany Farid, a computer-science professor and digital-forensics expert at University of California-Berkeley, argued to the Post that while much attention has been given to deepfakes, videos altered using much less sophisticated methods can be just as powerful.

“It is striking that such a simple manipulation can be so effective and believable to some,” Farid said. “While I think that deepfake technology poses a real threat, this type of low-tech fake shows that there is a larger threat of misinformation campaigns.”

Even without edited video, opponents of Pelosi have accused the House Speaker of being drunk in a wide range of unaltered clips as well.

While social media companies have invested in tackling misinformation online, it remains uncertain how effective such efforts can be against a polarizing population.