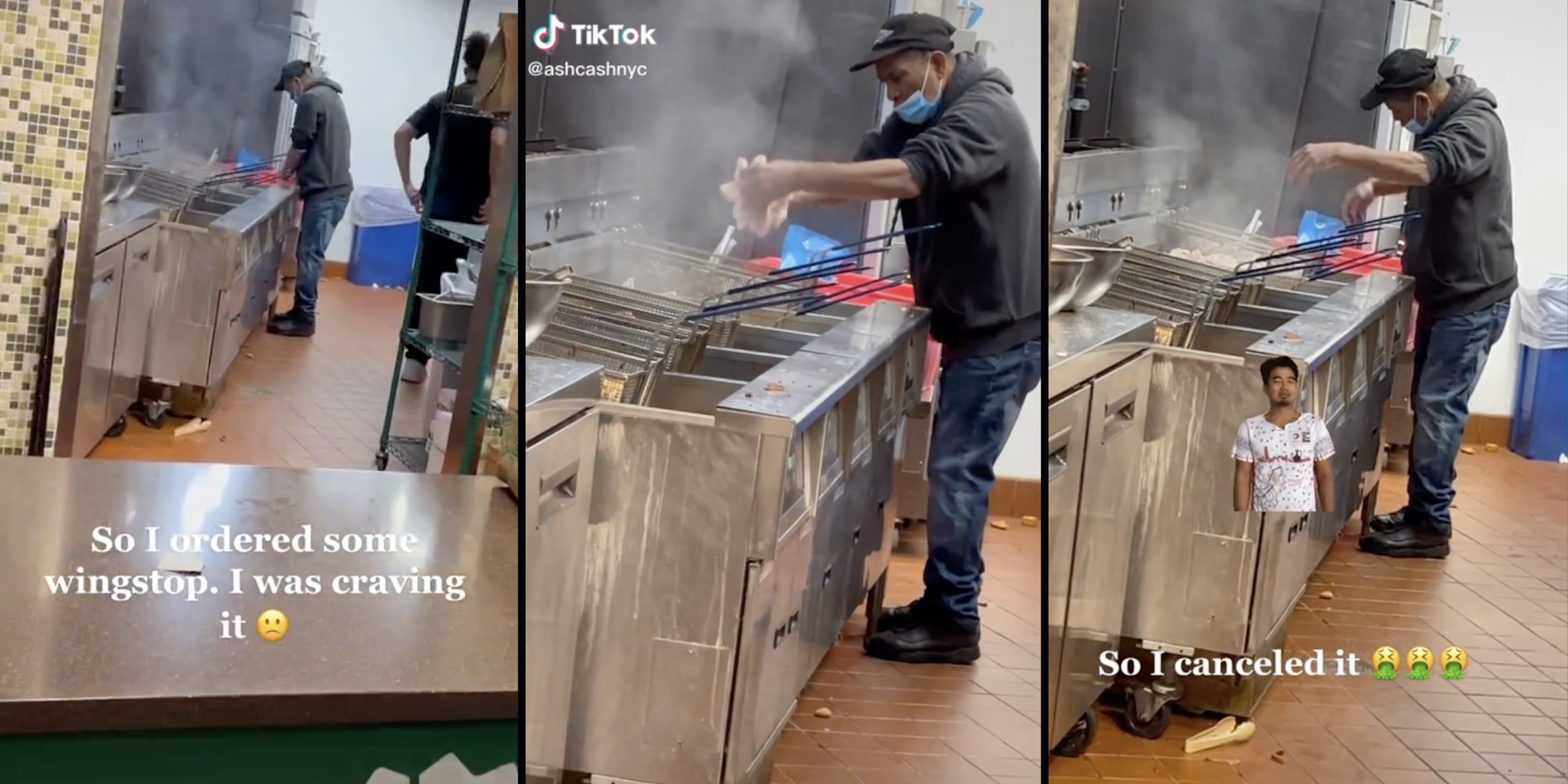 'Even at the finest restaurants we do not use gloves.'

A Wingstop employee handled food without gloves in a viral TikTok shared by user @ashcashnyc. However, the video, viewed almost 200,000 times, received backlash for its criticism of the worker.

In the video, the TikToker says via text that they canceled their order at the establishment once they saw the employee handling chicken without gloves. It then shows the worker without gloves tossing pieces of chicken into the deep fryer.

Many users in the comments showed their support for the worker and his cooking tactics.

“He’s working hard preparing a delicious meal for someone. Acknowledge him for that, not for something that’s not even relevant. Good job sir,” one user said.

“All the bacteria burns with the oils heat you’ll be fine they don’t touch the wings once they put it in that pot lmfao,” said another.

“As someone who is a chef.. I promise you even at the finest restaurants we do not use gloves..” said a third.

Some even claimed that Wingstop did not allow its employees to wear gloves while handling chicken to prevent cross-contamination.

“People who never worked at a wing stop don’t know we are not allowed to wear gloves when handling raw chicken only when prepping sides and dips. FYI,” one user said.

This echoes a now-deleted TikTok from a manager who confirmed that employees are not allowed to wear gloves.

The Daily Dot has reached out to Wingstop via email for clarity on their policy and user @ashcashnyc via TikTok comments.