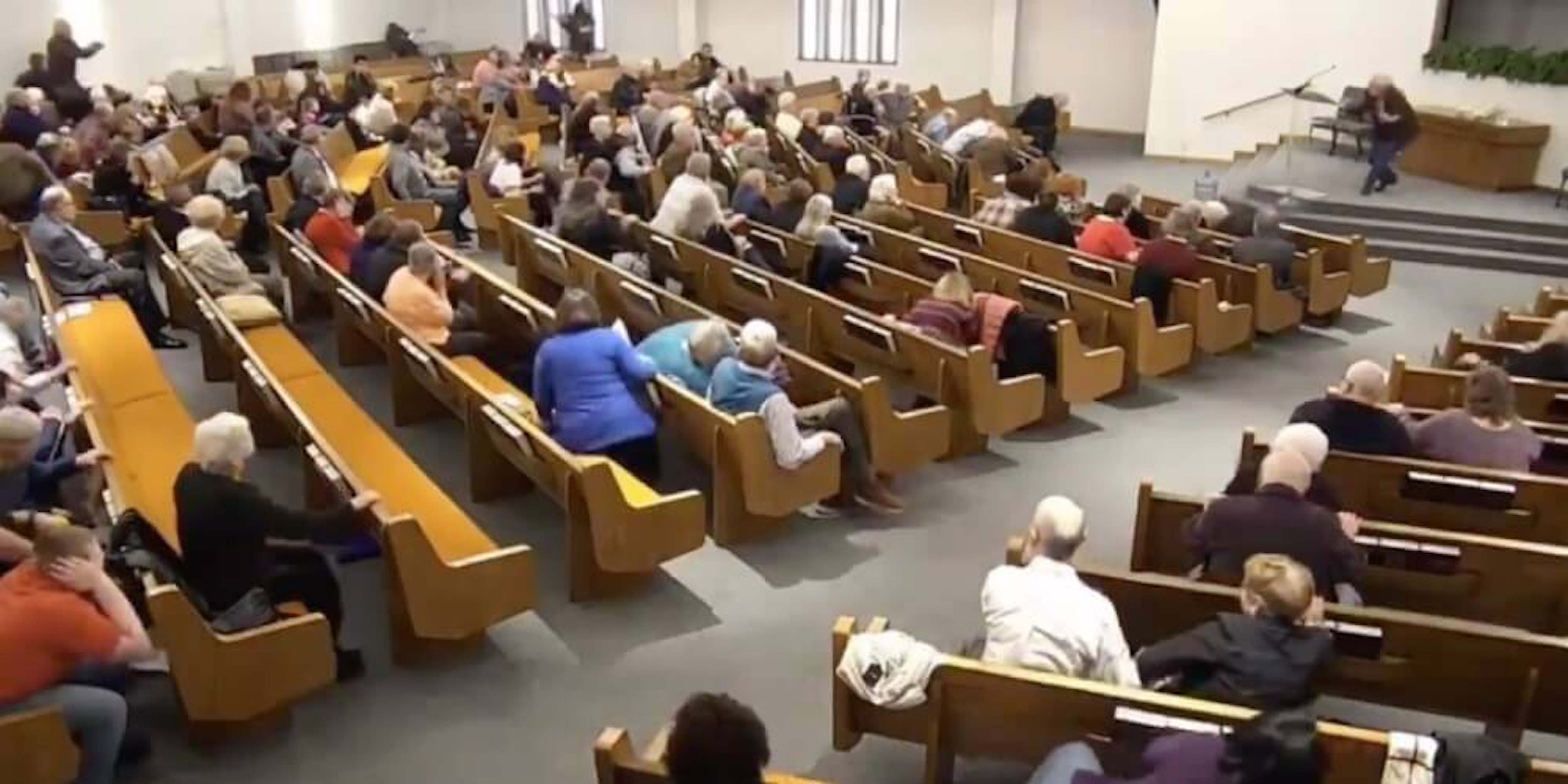 'Places of worship are meant to be sacred.'

A gunman shot two people inside of a church in White Settlement, Texas, on Sunday before church members shot and killed him.

One person has died and another is in critical condition, according to the Dallas Morning News. The police have not yet released information about the identity of the shooter or his motive.

“Places of worship are meant to be sacred, and I am grateful for the church members who acted quickly to take down the shooter and help prevent further loss of life,” Texas Gov. Greg Abbott tweeted on Sunday.

Statement on shooting at West Freeway Church of Christ in White Settlement: pic.twitter.com/Crrrvavvs6

The church service was reportedly live streamed on the West Freeway Church of Christ’s YouTube channel. The video has since been taken down, but copies are circulating on Twitter.

BREAKING: At least two people were shot and killed today at the Church of Christ in White Settlement, Texas, while the service was live streamed on YouTube. Witnesses say armed security guards were present. #txlege https://t.co/1fyTnKAxEO

The video shows a man dressed in black talking with a man inside the church before pointing a gun at him. A bystander stands up and grabs his gun from his waistband. The shooter appears to open fire on the man with the gun and then at the first man he had approached.

Another church attendee grabbed his gun from his waistband and shot the suspect as he started to turn around to walk to the front of the church.

BREAKING: Video shows gunman open fire at West Freeway Church of Christ in White Settlement, Texas before being shot dead by armed security; the service was being live-streamed on YouTube pic.twitter.com/58YcB8ODT1

The White Settlement shooting comes two years after the Sutherland Springs mass shooting in Texas, in which a gunman killed 26 people in a church.