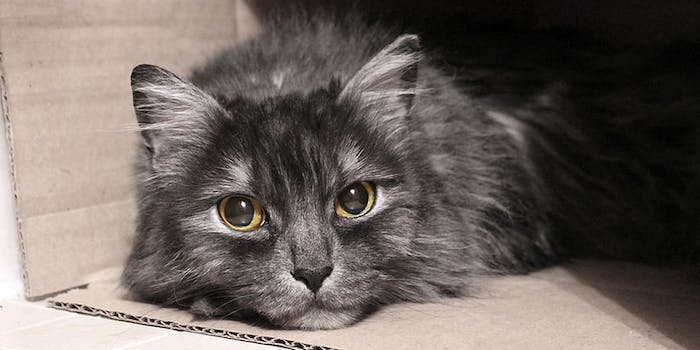 You come at the cat, you best not miss.

There are countless things to take into consideration when breaking off a romance: how to best communicate your feelings, gentleness regarding your partner’s own vulnerabilities, and, of course, the likelihood of one’s final communiqué becoming grist for the meme mill.

Foolishly dismissing the chances of embarrassing viral fame, an Australian dude recently dumped his sort-of significant other with a texted list of grievances that her friend then promptly shared with Twitter, racking up some 24,000 favorites and 17,000 retweets.

My friend just sent me this break-up message she received after 7 weeks of dating. My fav reason for split is #3 pic.twitter.com/EdAFS5lLKy

Alright, alright. I think you’re all ready for how he signed off. #part2 #breakuptext pic.twitter.com/g2Ch6vdTo7

Bad enough that he tries to slut-shame her for failing to hand over a notarized archive of her sexual history—really, who screws more than three people in a lifetime!—but it’s the cat thing, naturally, that piqued the Internet’s interest. Good thing the spurned girlfriend gave an interview to 9 News Sydney in which she makes it clear that she’s actually allergic to felines.

“He was 30, had a job, a car and a house,” the anonymous dumpee explained. “Certainly not what I normally manage to attract, so I thought I was onto something. He was a bit of a nerd, perhaps a bit quiet, but a genuinely nice guy all the same.” After two months, though, it was all over, thanks in part to a wedding whose guest list had been finalized before they’d met.

As for the cat, her sinuses just couldn’t take it: “On the nights I would sleep over, the cat would want to up at the end of the bed, but I had to insist that it was locked out while I was there,” she said. “It was a completely practical request that was obviously taken all too personally, but I guess I did tell the cat to ‘fuck off.’ I’ll never date another guy with cats.”

You hear that, cat people? It’s not your cat that’s the problem. It’s you.