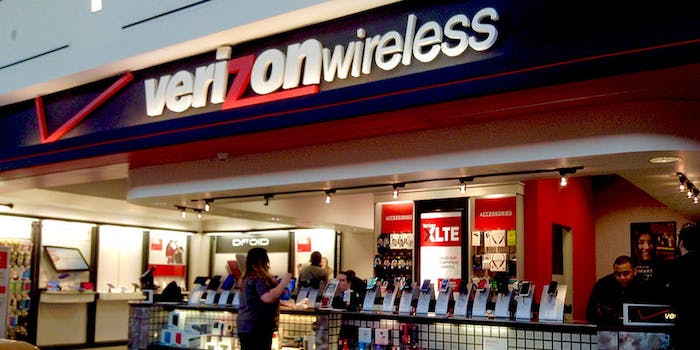 Surely it wouldn't be the first time.

Everyone hates their wireless carrier, but how often can you say that your customer service experience was so bad that it gave you a heart attack?

53-year-old Angela Hawkins is making that claim in a lawsuit filed Wednesday against Verizon Wireless. Hawkins says that during her support call, a customer service representative and the rep’s supervisor disrespected her and even threatened her with arrest.

“She claims the supervisor wrongly accused her of threatening to kill everyone in the call center and caused her to have a heart attack,” the Virginia Pilot reported.

Hawkins is seeking $2.35 million for “negligent and intentional infliction of emotional distress.”

A Verizon Wireless spokesperson declined to comment to the Pilot on the pending suit.

Hawkins told the Pilot that she wanted to apply a $60 credit she’d been promised to her account. After speaking to one rep, she was transferred to a supervisor, who, according to the lawsuit, almost immediately suggested that Hawkins had threatened the initial rep. The supervisor then said he was calling the police.

“She had visions of SWAT guys breaking her door down and putting her in leg shackles,” said Hawkins’ attorney, Jeffrey Brooke.

Two hours after the call ended, the supervisor called Hawkins back to apologize. After reviewing her initial conversation with the rep, he realized there had been no threat.

But Hawkins felt the effects of the terrifying experience the next day, when she went to the doctor and was found to have suffered a heart attack. She now has a $60,000 hospital bill and must take medication for her heart that her lawyer said would cost her $120,000 over her lifetime.

Hawkins never got the $60 credit on her Verizon account, but she told the Pilot that she’s suing to make the company realize that its employees committed “a horrible wrong.”