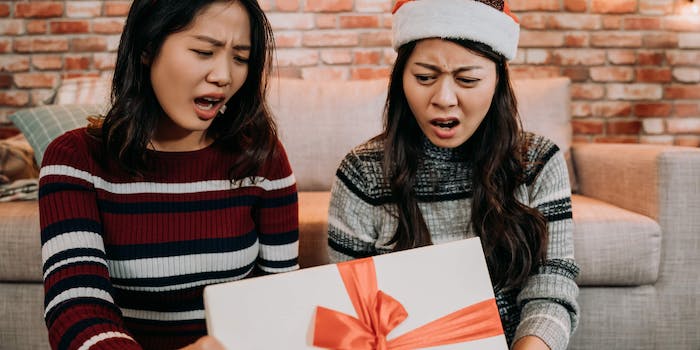 For every lighthearted tweet, there is also a serious response.

People are venting on Twitter about all of the weird or annoying things that men do with the trending hashtag #WhatWomenDontWantFromMen.

This Is Gonna Take Forever!

Most of the tweets are jokes about things that people have heard men say, like using the term “babysitting” when watching their own kids or telling women to “calm down.”

Using the Term “Babysitting” when Watching THEIR own kids. 🤨 pic.twitter.com/bFdqUrXg3w

There are also tweets about some of the age-old annoyances, like leaving up the toilet seat and mansplaining.

The toilet seat left up… pic.twitter.com/yHyhiPs8oJ

For every lighthearted tweet, there is also a serious response. Many people have used the hashtag as an opportunity to share their thoughts on abortion rights.

But if you’re just wondering what not to get a woman for the holiday season, don’t worry. There are a few tweets about that, too.

Obviously they don’t want a Peloton for Christmas #WhatWomenDontWantFromMen pic.twitter.com/R138mn4lJk